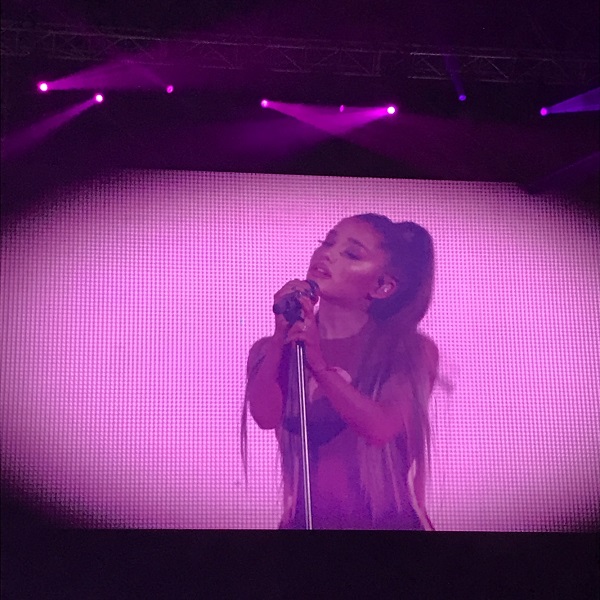 Following criticism from local fans, Hyundai Card, the organizer of pop star Ariana Grande’s concert in Seoul on Wednesday, took to its Facebook page to issue an official apology on Thursday.

It stated that they “sincerely apologize for the inconvenience felt by concert attendees” and that they will make sure that such an incident will not happen again.

Hyundai Card’s CEO Chung Tae-young wrote on his personal Facebook that the “concert itself went smoothly” and that “there are many instances of concerts where a singer skips a rehearsal.”

However, he also admitted that Grande’s behavior off stage was regrettable.
“Her behaviors such as arriving just before and leaving right after the concert and avoiding local media made even her concert look mechanical,” Chung wrote.

Grande was bombarded with negative feedback from Korean fans for her “unprofessional” behavior, such as arriving in the country only three hours prior to her concert, canceling her rehearsal and failing to interact sincerely with fans.

Those who purchased V.I.P. tickets were especially infuriated as the 650,000 won ($569.60) ticket, about 500,000 won more expensive than the regular tickets, was supposed to entitle them to be the first ones to enter the venue, see Grande rehearse, and have access to a designated meet and greet with the artist.

Hyundai Card also announced that they will assist the 120 people who purchased the V.I.P. tickets through the artist’s official website in getting refunds.
BY YIM SEUNG-HYE [sharon@joongang.co.kr]