At 25 years, Korea-China cultural ties are weak : Exchanges between the countries have suffered due to politics

At 25 years, Korea-China cultural ties are weak : Exchanges between the countries have suffered due to politics 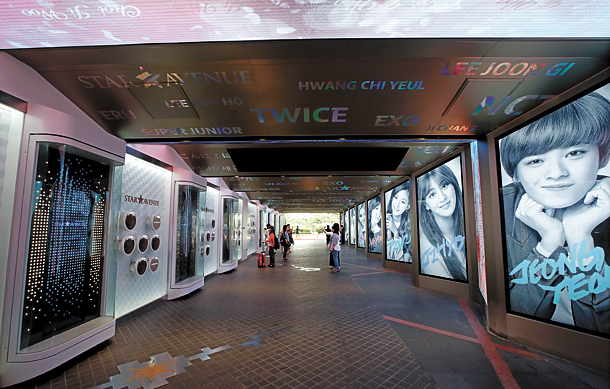 Countries with diplomatic ties tend to regularly hold joint events in culture, economy, and academics through many public and private organizations in order to strengthen their relationship and ensure its stability. During special anniversary years, the number of events in both countries usually increases as a way to celebrate the milestone that the relationship has achieved.

Today, Korea and China celebrates the 25th anniversary of the establishment of their diplomatic relationship, but professional and cultural exchanges have slowed down faster than ever and the official travel ban for group travelers thinking of coming to Korea from China continues to hurt the domestic tourism industry. The once-held belief that a company expanding into the Chinese market guarantees success and a ticket to global expansions has quickly shifted as opportunities have evaporated thanks to the soured relationship between the two countries over the past year.

The testimonies of companies and individuals that have seen plunging sales or lost promised investments aren’t new to Koreans anymore, as similar stories have dominated headlines as of late. Many, including diplomats, suspected the shift came after Korea confirmed its plan to install the Terminal High Altitude Area Defense (Thaad) missile system, creating a chilled relationship between the two.

Soprano Sumi Cho’s performance set for February, which the singer spent two years preparing for according to social media, was canceled in January. Cho said her Chinese partners didn’t even give her a reason for the sudden cancelation. Another renowned Korean pianist, Paik Kun-woo, was also notified at the last minute about a cancellation of his performances in China earlier this year.

“It is such a big regret that the conflicts between countries have influence over the fine arts,” said Cho on Facebook.

The exact damage suffered as a result of lukewarm cultural exchanges is difficult to estimate, but the fluctuating number of travelers between the two countries can be one way to evaluate chilled sentiment. According to statistics released by the Korea Tourism Organization on Tuesday, Korea saw a 69.3 percent drop in the number of Chinese travelers coming to Korea last month compared to the number from the same month last year, as the travel ban on packaged group tours is still in effect since it was issued in March. The tourism organization said the decreased number of cruise ships from China to Korea brought down the number of travelers as well. Accordingly, the profits at many duty-free stores and retail outlets in Myeongdong, an area popular with Chinese travelers, fell this year. 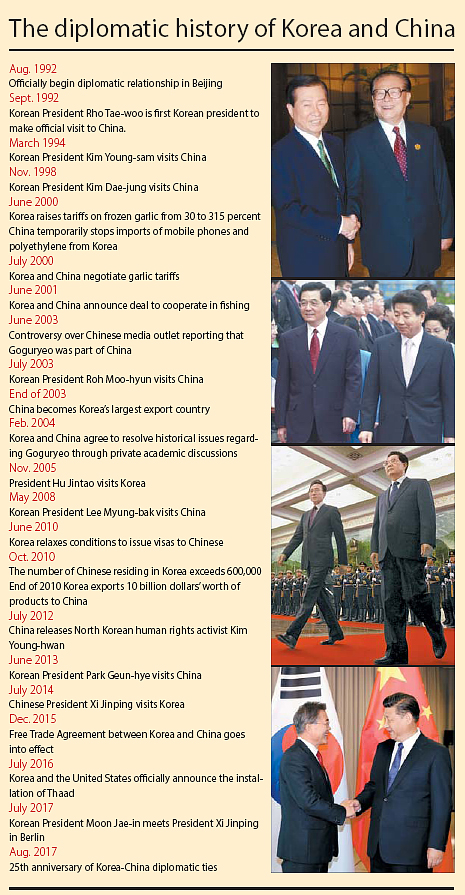 The sudden halt in the distribution of Korean content both online and offline has not only caused drop in sales and exports, but has discouraged many content creators as well.

However, one of the biggest problems the entertainment industry is facing is that now many dramas and movies that were once distributed through agreements with Chinese content providers are only available through illegal distribution channels for free, which in the long run will hurt the healthy and profitable distribution of Korean cultural content.

“If more content ends up being distributed through illegal streaming or downloads online, the audience will get used to doing so and won’t watch again once they are distributed through authorized channels,” said Kim Hern-sik, a pop culture critic, adding that companies buying distribution rights to Korean content in China won’t get expected profits which could lead many to give up acquiring such rights.

“The absence of official distribution channels could work in the future as a hurdle for Korean companies to pitch their products.”

“Guardian: The Lonely and Great God,” a mega-hit Korean drama which aired this spring, is considered the exemplary victim of illegal distribution. Since the official export of the drama was restricted, the popular TV show never made its way to online video platforms but it was widely distributed through illegal downloads by many Korean drama fans.

Such obstacles also prohibited stars from being able to expand their presence into China, which has been the trend in recent years. Unlike dramas that were widely popular in China such as “Descendants of the Sun,” which made its star Song Joong-ki a major celebrity abroad, “Guardian: The Lonely and Great God” failed to launch its star Gong Yoo into international stardom.

Many actors who pivoted to the Chinese market more than the local scene, such as Chu Ja-hyun, have been seeking ways to appeal to other countries or pivot back to Korea to continue their careers.

Although Thaad has been blamed for the breakdown in the relationship between content companies, Kim said that the change in behavior was widely expected and this is just a good opportunity for China and its local entertainment industry to chill the excitement for Korean content.

“The issue of Thaad has been a good excuse for China to control the distribution of Korean content,” said Kim. “Production companies cannot continue doing business like they had anymore, and need to seek other ways to do business there.”

Although the possibility of cultural exchanges between the two countries seem dimmer than ever, there is always a silver lining. While the entertainment industry in China seems to be hostile towards many established Korean entertainment companies, there is still room for smaller entities.

There has been an increase in requests from local companies trying to do business in China, according to Kocca. The agency, which opened its office in Beijing last year, saw about 540 business matches last year, but the number of cases this year has already reached around 530. These companies are looking for chances to introduce their products or to look for local Chinese partners to make their content available there.

“The common idea people had that bigger projects have a higher chance of succeeding in mainland China has collapsed,” said Park Woong-jin, head of the communications team for Kocca.

“It is hard to say that now is the right time to jump into the Chinese market, but it is an opportune time to set up strategies that won’t be affected by regulations set by the Chinese government. Companies still have a will to continue their business in China, and there is no promise on making a fruitful outcome, but seeking out chances could actually lead to good performance.”

Although many cultural events were canceled without an explicit reason throughout the year, some events are still happening. The China National Symphony Orchestra will perform here on Saturday at the Seoul Arts Center in southern Seoul, after talks about the Beijing Symphony Orchestra possibly performing in Seoul this year was reportedly scrapped.