‘Baby Driver’ rocks and rolls : Movie about a getaway driver is fundamentally based on the songs in its soundtrack

‘Baby Driver’ rocks and rolls : Movie about a getaway driver is fundamentally based on the songs in its soundtrack 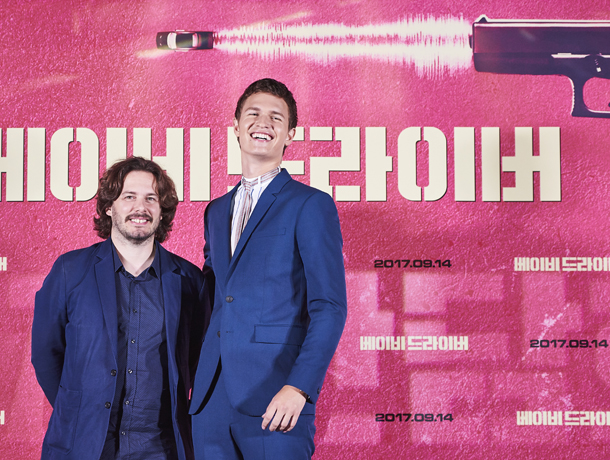 A fast-paced, action-packed movie laced with romance and musical sensibilities from start to end is not easy for most audiences to resist, and director Edgar Wright’s upcoming “Baby Driver” is such a film.

Starring Ansel Elgort, Kevin Spacey and Jamie Foxx, “Baby Driver” is a straightforward heist tale revolving around Baby (Elgort), a young getaway driver suffering from tinnitus, who sets his life to a constant stream of music with a collection of iPods used for different moods and locations.

Music plays a key role in the film, as the car chases and shootouts are choreographed to Baby’s playlist, which includes songs like Queen’s “Brighton Rock,” Bob & Earl’s “Harlem Shuffle” and the Jon Spencer Blues Explosion’s “Bellbottoms.”

“[‘Baby Driver’] is a car movie driven by music,” Wright, who made his first visit to Korea along with Elgort told Korean reporters at a press conference held at COEX in southern Seoul on Friday.

The director, who also made “Hot Fuzz” (2007), explained that music’s driving the action in every scene is what sets this film apart. “The music drove the writing of the movie,” Wright said. “I would write scenes to the song and we would design actions and visuals to the music.”

The film is a coming-of-age story, according to the director, in that it depicts Baby’s struggle to do the right thing and actually be a part of normal society again. “It’s a movie about a getaway driver who essentially tries to escape himself,” the director added. 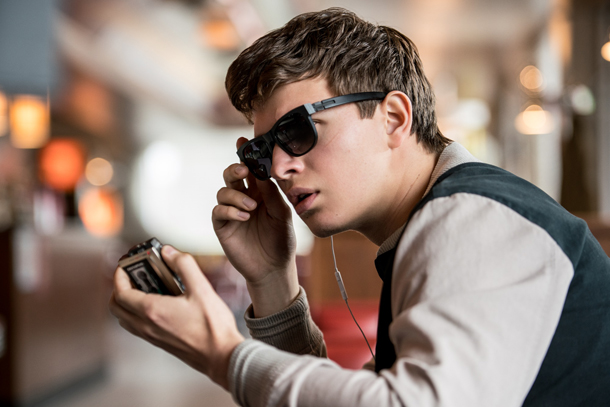 Playing a talented driver, who could drive anything and drive through anywhere, was not an easy role for Elgort coming from “The Fault in Our Stars” (2014), who described a month of training as “a great summer camp” that was “fun” but “challenging.”

Elgort, who DJed at the Ultra Music Festival in Korea last year, proudly explained that unlike many movies where actors are filmed on a sound stage and scenes are filled with CGI backgrounds, “Baby Driver” was shot “on streets with no CGI.”

Though the director originally wrote the film for Los Angeles, the location was shifted to Atlanta, which turned out to be a better choice.

“[Atlanta] is an interesting city with a big history in music and car culture and crime,” Wright said, “but [it] doesn’t often get used in major Hollywood movies. I took that as a challenge to show Atlanta as itself.”

Though the film has lots of loose ends like where Baby got his moniker from, those mysteries could prompt audiences to think after watching the film, according to Ansel.

Elgort added that “Baby Driver” is a movie with action, romance and sophistication that could be something for everybody. “It’s a film told so much through images and music, not just about language,” which is why it is a “global movie,” according to Elgort.