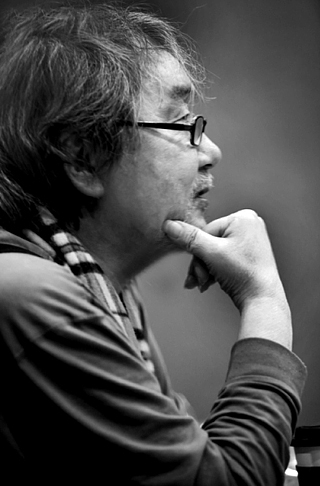 Jo Dong-jin, one of the pioneers of Korea’s contemporary folk music scene, died on Monday, according to his family. He was 70 years old.

Jo was found unconscious inside a bathtub at his house by his son and was transported to a hospital by an ambulance when he passed away at 3:43 a.m., according to his sister and fellow musician Jo Dong-hee.

The late singer had been battling bladder cancer.

“We think he collapsed as he’s been fighting cancer at his old age and also his heart wasn’t well,” the sister told Yonhap News Agency.

Jo was scheduled to have surgery at Korea University Medical Center on Monday.

Jo began his music career by playing and writing songs in bands at U.S. Army bases from 1966.

He made his official debut in 1979 through the album “Jo Dong Ik,” which was ranked 46th in a list of the 100 most influential records compiled by music industry critics and experts in 2007.

During a period of political turmoil, Jo’s sound and lyrics stood out for being meditative and melodic, while other generational cohorts, such as Han Dae-soo and Kim Min-ki, leaned more towards conveying the people’s disgruntled voices of the times.

Jo was later commonly referred to as the “godfather of Korean underground music” after forming and leading a community of artists named Hana Music, consisting of musicians Jo Dong-ik, Jo Dong-hee, Jang Pil-soon and Lee Kyu-ho among other leading folk talents of the time.