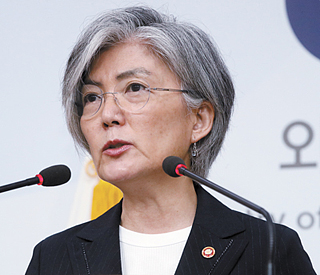 U.S. Secretary of State Rex Tillerson said Sunday that Washington is open to dialogue with North Korea despite its short-range missile test on Saturday.

“We’re going to continue our peaceful pressure campaign, as I have described it,” Tillerson said in an interview with “Fox News Sunday,” “working with allies, working with China as well, to see if we can bring the regime in Pyongyang to the negotiating table with a view to begin a dialogue on a different future for the Korean Peninsula and for North Korea.”

Through its initial assessment, the U.S. Pacific Command determined that the North’s short-range ballistic missiles on Saturday did not pose a threat to Guam, which Pyongyang threatened to strike earlier in the month.

“The firing of any ballistic missile is a violation of UN Security Council resolutions, and we do view it as a provocative act… against the United States and our allies,” Tillerson said. “We continue to want the Kim [Jong-un] regime to understand there is a different path that he can choose.”

He said that the international community has been very clear through the unanimous adoption of the stringent UN Security Council resolution on Aug. 5, imposing “the most stringent sanctions ever” on North Korea, that there is a “unified international voice echoing our messages that no one wants to see a nuclear Korean Peninsula.” The secretary continued, “We hope for the opportunity to engage with them as to how we might achieve that.”

Tillerson said on Aug. 22 to reporters at a press conference at the State Department, “I’m pleased to see that the regime in Pyongyang has certainly demonstrated some level of restraint that we’ve not seen in the past.”

Later that day at a rally in Phoenix, Arizona, President Donald Trump said, “Kim Jong-un, I respect the fact that I believe he is starting to respect us… And maybe, probably not, but maybe something positive can come about.”

Such remarks showed restraint compared to those earlier in the month, when Trump warned the North of “fire and fury like the world has never seen,” while Pyongyang threatened to strike the U.S.-controlled Guam vicinity with ballistic missiles.

South Korean First Vice Foreign Minister Lim Sung-nam flew to Washington Sunday for a three-day visit and is scheduled to meet with U.S. Deputy Secretary of State John Sullivan and other officials to discuss Pyongyang’s provocations.

Later in the week, South Korean Defense Minister Song Young-moo will also meet with U.S. Defense Secretary Jim Mattis at the Pentagon Wednesday to discuss a response to the North’s increased nuclear and missile capabilities as well as the completion of the deployment of the Terminal High Altitude Area Defense (Thaad) system.

South Korean Minister of Foreign Affairs Kang Kyung-wha said Monday that there is room for denuclearization talks with North Korea, if major political events in October take place without a mishap.

“There is always a probability of provocation, and there is no room to be caught off guard,” Kang said on the latest missile launches as she spoke to reporters during her first press conference Monday afternoon at the Foreign Ministry in central Seoul.

“At the same time, there are important occasions from now through October,” she said, referring to the 10th anniversary of the Oct. 4, 2007 joint declaration between then President Roh Moo-hyun and North Korean leader Kim Jong-il during their summit, as well as the North’s Party Foundation Day on Oct. 10. “If the situation is managed well through that time, I believe room for a diplomatic mechanism for denuclearization talks may be made.”

She continued, “Under the right conditions, separate from denuclearization talks, our government will continue to work to ease tensions on the Korean Peninsula and resolve humanitarian issues through communication with the North.”

During a press conference marking his first 100 days in office, President Moon Jae-in said on Aug. 17 that he will consider sending a special envoy to North Korea to improve inter-Korean relations, if conditions for dialogue were met.

“It is more important than anything else that North Korea does not carry out any more provocations and creates an environment for dialogue,” said Kang. “The United States already is sending such clear signals to North Korea in this direction. China and Russia are also sending the same message to North Korea.”

She continued, “North Korea must not miss this opportunity,” adding that through denuclearization North Korea can be guaranteed economic development. “Should it make the right decision, we reiterate that we are willing to provide a bright future together with the international community.”

“We need to have perseverance and persuade North Korea,” she said, despite Pyongyang’s lack of response so far. “To this end, various methods toward inter-Korean dialogue, including close cooperation and communication between South Korea and the United States, as well as the use of all available diplomatic channels, will be considered.”

She refrained from setting a timeline for North Korea to stop its provocations, as this would limit the government’s flexibility.

On Monday, the South Korean Foreign Ministry released a notice pointing to the U.S. government’s sanctions regarding the North, announced on June 29 and Aug. 22.

“This measure is to prevent various damages that may be incurred by our people or companies who have transactions with those that are subject to U.S. sanctions,” said the ministry.

Kang returned on Saturday from a two-day trip to Moscow, where she held talks with Russian Foreign Minister Sergey Lavrov on Friday, to discuss Moon’s upcoming visit to Vladivostok and summit with Russian President Vladimir Putin early next month.