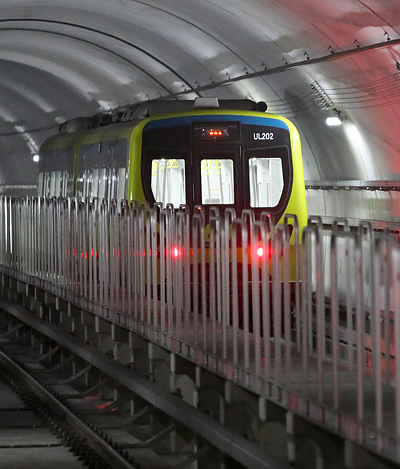 The Ui-Sinseol Light Rail Line, which runs from Ui-dong in northern Seoul to Sinseol-dong in eastern Seoul, conducts a test run on Tuesday to prepare for its opening on Saturday. The light rail is the first in Korea to be built completely underground and to be operated unmanned. It is expected to reduce the 50-minute commute from Ui-dong to Sinseol-dong to about 20 minutes. [YONHAP]