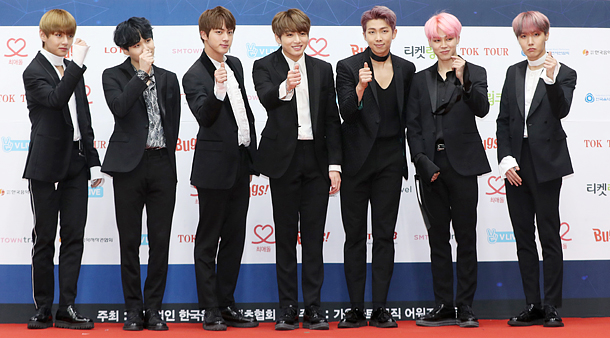 Boy band BTS’ upcoming new album became the most sought-after pre-order record on Amazon, according to the retailer’s website Wednesday.

The EP record titled “Love Yourself Seung ‘Her’” stood at number one on Amazon’s “CDs & Vinyl” category, according to Amazon’s website and Big Hit Entertainment, BTS’ management agency.

Amazon began accepting pre-orders for the album on Tuesday at 7 a.m., a first for the U.S. retail giant in selling Korean pop records.

“Love Yourself Seung ‘Her’” will be released on Sept. 18. The album is the first in the band’s “Love Yourself” series, which will be rolled out though 2018.