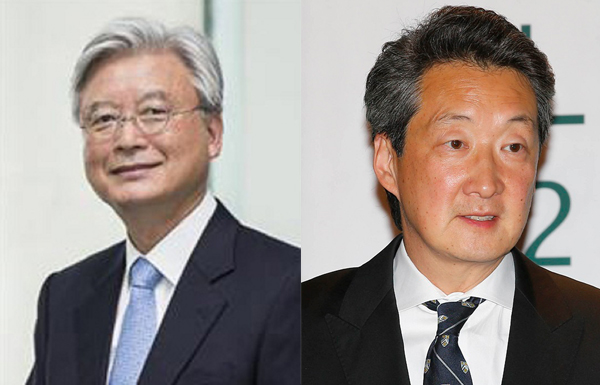 Former lawmaker Noh Young-min of the Democratic Party was selected as the ambassador to China, the Blue House said. Lee Su-hoon, a professor at Kyungnam University, was named ambassador to Japan.

During the presidential campaign, Cho headed Moon’s policy think tank. After Moon took office in May, he visited the European Union and Germany as a special presidential envoy.

The appointment of the ambassador to Washington was delayed because the Blue House wanted a heavyweight candidate who can deal with the Donald Trump administration amid the latest security crisis.

Noh, a former three-term lawmaker, was named ambassador to China despite concerns within the ruling party about losing a key politician ahead of next year’s local elections.

Lee, an international relations professor, is an advocate of inter-Korean dialogue. He served as chairman of the presidential advisory group for Northeast Asia policy during the Roh administration. In Moon’s transition team, he headed the foreign affairs and security division.

All three nominees will be formally appointed after their host governments’ issue agreements.
No announcement was made for Moon’s pick for ambassador to Russia. “We are still deliberating,” a Blue House official said.

The appointments were announced as Reuters reported Tuesday that the Trump administration plans to name Victor Cha as U.S. ambassador to Seoul.

Cha served as a director for Asian affairs on the White House National Security Council during the George W. Bush administration. He was also deputy head of the U.S. delegation in multilateral talks with North Korea over its nuclear program.

Cha, a Korean-American, is currently the Korea Chair at Washington’s Center for Strategic and International Studies and director of Asian Studies at Georgetown University’s Department of Government and School of Foreign Service.