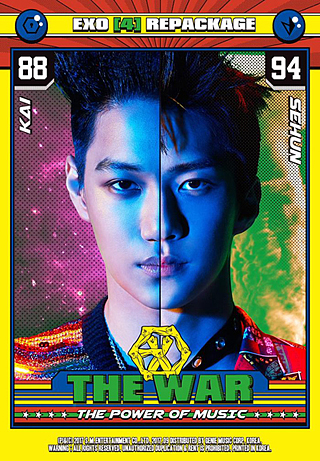 The repackaged album “The War: The Power of Music,” will be released next Tuesday and will include the new title track “Power,” plus “Sweet Lies” and “Boomerang,” along with the original nine songs, S.M. Entertainment said.

The boy band will begin publicity for the record on Sept. 7 through music TV channel Mnet.

The group began teasing its upcoming release through its official website and social media earlier in the day.

The Korean and Chinese versions of Exo’s fourth full-length album have sold a combined 1.01 million copies to date.