MBC idol athletics event in jeopardy due to strike

MBC idol athletics event in jeopardy due to strike 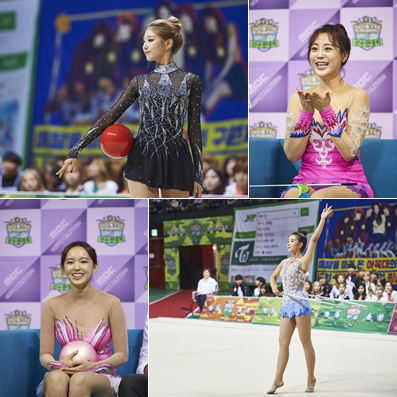 Idol stars compete in rhythmic gymnastics during the Idol Star Athletic Championships on Jan. 30. The program was set to air in October in time for Chuseok. [SCREEN CAPTURE]

In time for the Chuseok holiday, the annual Idol Star Athletics Championships (Idol Star) on television network MBC is scheduled to air in October.

When the competition premiered in 2010, it was hugely popular and saw viewer ratings of over 15 percent both days that it aired, thanks to fans who were thrilled to see their favorite stars compete against each other in athletic events such as 100-meter sprints, hurdles, javelin and 400-meter relays.

Since then, the program has become a must-see event during the winter and autumn holiday seasons.

Yet, with thousands of members of the National Union of Media Workers at MBC currently on strike, the star-studded athletics event looks like it may be on hold this year. The scheduled filming has been cancelled twice already, and many speculate that the program may not make it to air this autumn, if ever.

“We’ll reschedule another date,” said an MBC spokesperson. “It hasn’t been cancelled, we’re just trying to work it out again.”

Others are more cautious. “Both scheduled shooting dates, Sept. 4 and 11, were cancelled,” said an industry insider. “It’s going to be hard to set a new date.” Since the program involves over ten different idol groups, it will be difficult to set a date that fits everyone’s busy schedules on such a short notice, not to forget that nobody knows when the strike will end.

“We had to make time for Idol Star in the past, because MBC wouldn’t let us be on Music Core [the channel’s weekly music program] if we didn’t,” said a source close to an idol group. “But now that Music Core has been cancelled [because of the strike], there’s no reason to participate in Idol Star.” According to insiders, idol groups are reluctant to join the athletic show, since it requires too much practice and triggers competition not just among the groups, but also among fans. Making matters worse, some competitors have suffered injuries due to the heated events, such as Xiumin from boy group Exo.

Producers for the show face a dilemma because popular games like football and basketball can easily lead to injuries, but safer games, like sprinting and aerobics, aren’t as fun to watch.

“The popular groups aren’t affected by their being on the show anyway. For the rookies, shooting for more than 10 hours just to be on screen for a few seconds is an utter waste of time,” said the source.