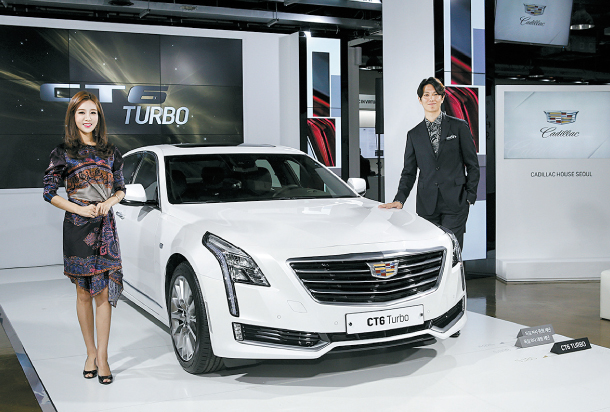 Cadillac launched its latest full-size sedan, the CT6 Turbo, in Korea on Thursday. The Turbo, a more affordable version of the CT6, also boasts a higher fuel efficiency, according to the company, at 10.2 kilometers per liter (24 miles per gallon) and a price tag starting at 69.8 million won ($61,700). Kim Young-sik, president of GM Korea’s Cadillac brand, said he expects the CT6 Turbo to play a major role in Cadillac selling 2,000 cars in Korea this year. [GM KOREA]