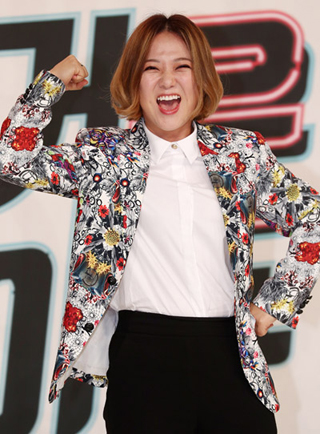 A new reality program titled “Seoul Mate,” showing the everyday life of Korean comedian Kim Sook and a group of foreigners, who will be sharing a house together, is scheduled to premiere on cable channel Olive TV in November.

According to Ilgan Sports on Sunday, an affiliate of the Korea JoongAng Daily, Kim opened her home and began living with foreign guests at her house in Gangnam District, southern Seoul, for the show, which began filming on Thursday.

On the program, Kim will show how a Korean who speaks little English attempts to introduce Seoul and Korea to her new visiting housemates using body language and English loan words, known as Konglish.

Dubbed a “global home sharing reality show,” the new program will be produced by popular producer Park Sang-hyuk, who had success with Olive TV’s “Island Musketeers.” By Yim Seung-hye