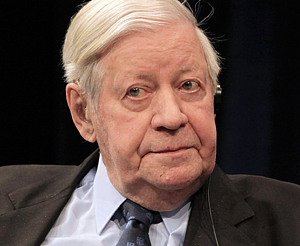 A fact-based perspective can be a compass when a country is faced with a crisis of exaggerations, deceptions and uncertainty. A sentimental sense of compassion, rash judgments and winging-it judgements can lead a nation of 50 million people into tragedy.

What I find most disgusting is the call of some people for a freeze in North Korea’s nuclear program — after having argued that the North did not have any intention or capability for nuclear development. Some pacifists say the joint Korea-U.S. military exercises should be stopped first to impress North Korea and induce it to abandon its nuclear ambitions.

This is a fairy tale aimed at the dissolution of the Korea-U.S. alliance. Many people also wrongly believe that a redeployment of U.S. tactical nuclear weapons is not feasible because Washington is not considering it. So we don’t have to scare North Korea, they say.

Historically, the example of West German Chancellor Helmut Schmidt in the 1970s and 80s can be studied for the tactical nuclear weapons deployment. When the Soviet Union unilaterally placed mid-range missiles in East Germany and Eastern Europe, Chancellor Schmidt faced a choice between peace through acceptance and a challenge to survival. Instead of embracing West German citizens’ call for a keeping of the peace, he chose a path that risked the nation’s very survival. Schmidt met with U.S. President Jimmy Carter and said he could not trust the nuclear umbrella of the United States, demanding the deployment of U.S. tactical nuclear weapons in West Germany and Western Europe. After tough negotiations, the United States offered 572 tactical nuclear weapons, the same number as the Soviet nuclear missiles. Carter was surprised by leftist Social Democratic Party leader Schmidt’s determination and tenacity over the nuclear weapons. What moved Carter was Schmidt’s intense examination of the nature of nuclear weapons.

“Schmidt feared that if the Soviets were to perceive that NATO lacked the capability to respond to Soviet SS-20 strikes on Western Europe, then the Soviets would no longer be deterred and would initiate an SS-20 attack. Concerned about the security of West Germany, Schmidt demanded Carter and his advisors devise a strategy that would close the perceived gap in NATO’s deterrence strategy,” according to William Leonard in “Closing the Gap.”

Peace is established when two people stranded on a remote island have guns. If only one has a gun, peace is broken and only submission remains. Schmidt applied the human instinct to the national relationship and advocated the survival theory of responding to nuclear weapons with nuclear weapons. Schmidt’s decision led to a real peace through a simultaneous withdrawal of tactical nuclear weapons in Eastern and Western Europe later.

The irony was that nuclear weapons brought peace. After the Cold War ended, Soviet leader Mikhail Gorbachev met Schmidt. Gorbachev said that Moscow became defenseless when tactical nuclear weapons were deployed in West Germany. Schmidt responded that that was his intention.

Politically, Schmidt had to suffer great losses. Hundreds of thousands of Social Democratic Party supporters participated in protests. The coalition collapsed, and a vote of no-confidence was approved. After he was ousted, the power went to the liberal conservative Christian Democratic Union. Schmidt said he had no regrets.