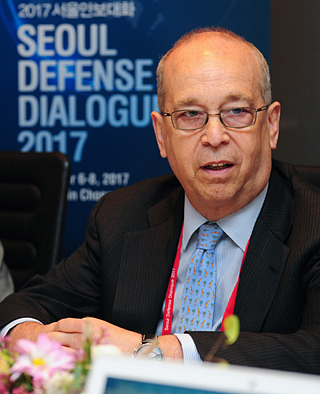 Daniel Russel, former assistant secretary of state for East Asian and Pacific affairs, said that the rapid pace of North Korea’s nuclear and missile tests indicate that sanctions are “taking a toll on regime stability.”

North Korea’s sixth nuclear test on Sept. 3 “clearly represents a significant technological milestone and a major setback for the cause of denuclearization and, frankly, peace and stability on the Korean Peninsula,” said Russel in an interview with the JoongAng Ilbo on Sept. 8 in Seoul. “But technological advances notwithstanding, the fundamental situation is unchanged,” he continued. “North Korea has yet to profit from its systematic violation of international law. And Kim Jong-un has achieved neither of his twin goals because North Korea is not strong and North Korea is not prosperous.”

Russel, a senior fellow at the Asia Society Policy Institute think tank in New York, served as assistant secretary of state for East Asian and Pacific affairs under the Barack Obama administration from 2013 to 2017 and took part in the sixth Seoul Defense Dialogue on Sept. 6.

“The rapid pace and dramatic nature of North Korea’s missile and nuclear tests is the hallmark of a regime that’s in a hurry,” said Russel - and a reason is “because the sanctions take a toll on regime stability.”

He added, “North Korea is not a successful economic entity and without significant input from China and Russia, without access to international banking and transportation networks, without foreign currency, it’s highly questionable that the North Korean regime can manage.”

Pointing out that the North has “diverted precious resources from many other high-priority goals,” the lesson that can be learned is that if “United States and South Korea remain steadfast and determined, then the time would come that Kim Jong-un decides, however unwillingly, that he has no realistic choice but to move to Plan B.”

He continued, “On the other hand, if [Kim Jong-un] can succeed in scaring us into abandoning our Plan A, which is denuclearization, then he may hope to be able to garner all of the benefits he seeks without coming into compliance with international rules.”

Russel said, “Fundamentally the principle of applying pressure while leaving a pathway open for authentic negotiation is a constant in the policies of both administrations.”

He said that there are “limited attractive options” and that by far, the “best outcome would be a negotiated settlement.”

However, since negotiating an end to his nuclear program “seems to be the last thing on earth Kim Jong-un wants to do, a successful strategy is going to have to remove all the alternatives and make negotiations the last [option] available,” Russel added.

Russel recalled the breakthrough agreement in 2005 reached by China, Japan, Russia, the United States and the two Koreas during currently defunct six-party talks to denuclearize the North.

“In 2005, my colleagues along with their six-party counterparts reached an agreement to pledge to move towards diplomatic normalization, provide economic assistance and development aid, to begin separate discussions about replacing the armistice with a permanent peace treaty, to offer North Korea security guarantees,” he said.

“What that means is that all of the things that North Korea said it wanted were available, and those things are all still available. But they can’t be taken by force.”

“Based on my observation, the policy pursued by the Moon Jae-in administration doesn’t look anything like appeasement,” he said. “My observation has been that the Moon administration is a responsible partner and that the interests of the [Republic of Korea], and the commitment of the Moon government to a joint approach and partnership mean that both of our countries are in good shape in meeting the series challenge posed by [North Korea].”

“The constant from government to government has been the shared values and the common interests that have united the United States and ROK, and I don’t see any hint that is changing.”

He brushed off concerns of Washington taking a military option, saying that while it “is ready for any contingency” it is “not looking for a fight.”

“I believe that North Korea is not looking for a fight either. I believe Kim Jong-un is in the business of frightening, of intimidating, of extorting,” Russel added. “As long as the U.S. and ROK train together and as long as our militaries are tightly synchronized, the unbelievable technological capabilities of the combined forces along with the firm resolve of our two governments will keep peace and prevent North Korea from making a major miscalculation.”

He also warned that “living with a capped nuclear North Korea is a profoundly unstable situation.”

Some analysts have said that denuclearizing North Korea is no longer a feasible goal and a nuclear cap should be the new goal.