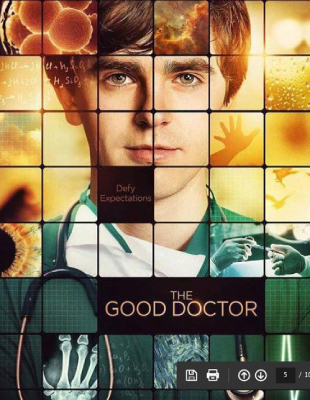 “The Good Doctor,” a U.S. remake of the Korean series of the same name, will be broadcast in Korea on the cable channel AXN later this month, the channel announced Tuesday.

The series will premiere at 10 p.m. on Sept. 28 on the channel and will have Korean subtitles.

The original Korean show aired on KBS2 from August to November 2013. The show, starring Joo Won, Moon Chae-won and Joo Sang-wook, centered on a young autistic savant surgeon who is recruited into the surgical unit of a prestigious hospital.

Meanwhile, the U.S. remake will premiere Sept. 25 on ABC, becoming the first remake from Korean source material to get the prime-time treatment. The show, originally planned for 13 episodes, may be extended depending on viewer ratings.