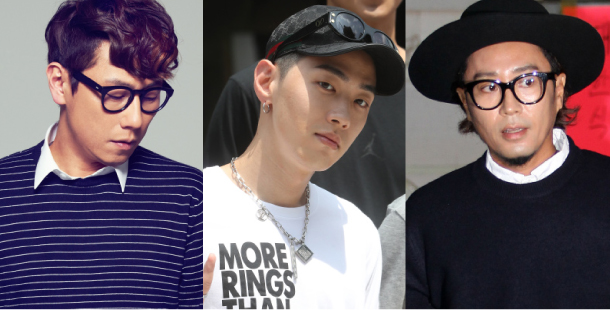 Yoon Jong-shin, Gray and Jung Jae-hyung will appear on an upcoming KBS reality show scheduled to premiere during the Chuseok holiday. Each of the musician-turned-producers has a different style; Yoon is known for his ballads, Gray is a hip-hop artist and Jung is known for his new age style music.

According to a market insider, the filming of the show has already begun. The program will offer a look at lives of the three musicians as they work to produce new tracks and will give a behind-the-scenes peek at the music-making process.

The show is expected to feature collaborations with other singers as well.

Recently, Yoon saw a resurgence in fame with his single “Like it,” which topped major music charts for few weeks after its release in June. Gray contributed in composing songs and writing lyrics for Woo Won-jae’s new album, “We Are” which was released on Sept. 4. Jung recently participated in a concert series held by his label, Antenna.