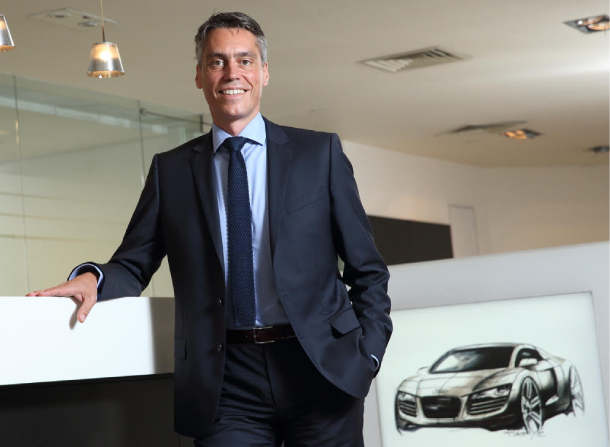 Audi Volkswagen Korea has appointed Rene Koneberg to be co-managing director in charge of sales and marketing, the automaker said Friday.

He will work alongside Marcus Hellmann, who will oversee legal compliance and regulatory approval.

“I feel great sense of responsibility in leading Audi Volkswagen Korea during such times,” Koneberg said in a statement. “Audi Volkswagen Korea will do all it can to restore our customers’ trust and confidence in a responsible manner, while taking various measures including enhancing the company’s processes and transparency.”

Koneberg has been with Audi since 2000, working in various fields including strategy, sales, marketing, innovation and new business development in China and the Middle East. He is especially known for implementing innovative initiatives in Asia, including car-sharing service Audi at Home and Audi City, a digital showroom.

Last year in August, the Ministry of Environment banned Audi Volkswagen Korea from selling 80 of its models because the automaker manipulated emissions levels. As a result, Volkswagen sold no cars in Korea this year, and Audi sold less than 1,000. Due to the suspension imported vehicle’s market share last year retreated.

But with the ministry set to approve 21 of the models this year, market analysts believe the German carmaker could make a comeback. The models have reportedly passed the government’s emissions tests.

Koneberg’s co-director, Hellmann, was brought onto the Korean affiliate of Audi Volkswagen in February because of his expertise in dealing with legal issues stemming from the emissions scandal at international affiliates.