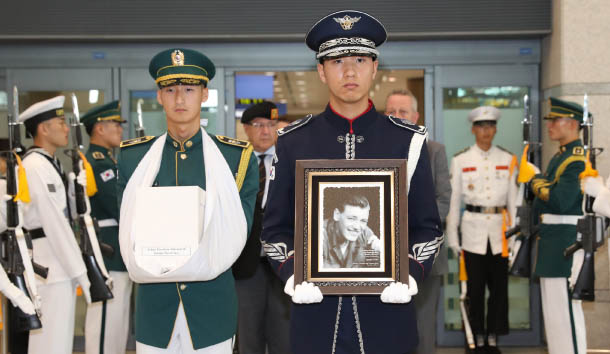 The cremated remains of Johan Theodoor Aldewereld, a Dutch veteran who fought for South Korea during the 1950-1953 Korean War, is ushered into Korea at Incheon International Airport on Monday. His remains will be laid to rest at the UN Memorial Park in Busan, in accordance with his wishes, on Wednesday after being provisionally laid in state at the National Cemetery in Seoul. [YONHAP]