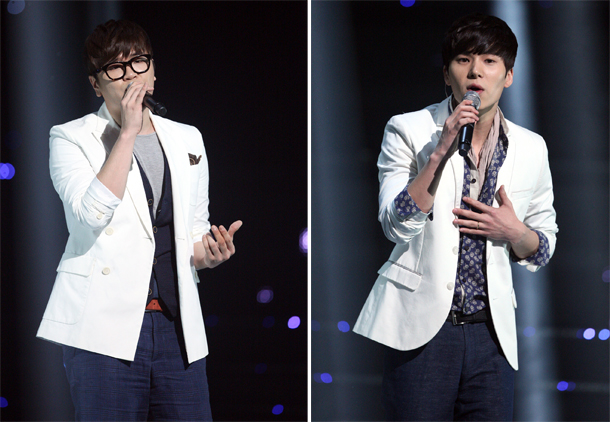 Male vocal duo 4MEN is making a comeback with its sixth album at the end of October. It has been three years and five months since their last album, “1998.” It will be the first album released after Kim Won-joo,right, was discharged from military service. Another member, Shin Yong-jae, has released several solo tracks.

The album will be full of tracks evoking the solitary atmosphere of autumn. 4MEN is a very tight vocal duo with several popular hit tracks to their credit such as “I Can’t,” “Baby Baby” and “Once While Living.”

Meanwhile, actor and singer Im Chang-jung will release a new album in October too. He is famous for several hit tracks such as “Love Again” and “The Love I Committed.”