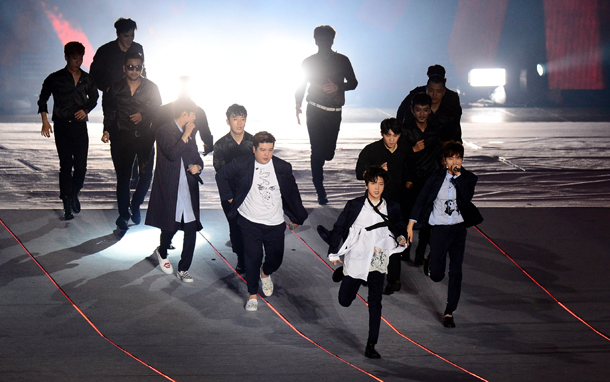 Out of a total of 11 members, seven with military service behind them will release and promote the album, which comes out on Nov. 6 under the Super Junior name, according to Label SJ, a subsidiary of S.M. Entertainment. Details including album title and track listings weren’t available.

Kangin was excluded after a DUI charge last year while Sungmin was also dropped from the lineup in light of long-running accusations from fans about his alleged lack of effort to connect with them. Ryeowook and Kyuhyun were left out as they are currently serving in the military.

Debuting in 2005, Super Junior gained international recognition with their best-selling single “Sorry, Sorry” in 2009. The band went on to earn a total of 16 music awards, including three grand prizes from the prestigious Golden Disk Awards.