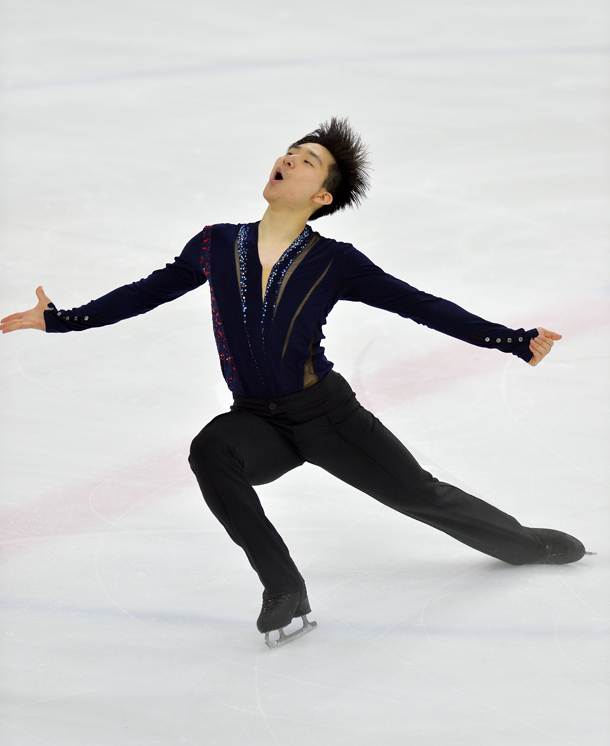 Lee June-hyoung during his free skating program at the Nebelhorn Trophy in Oberstdorf, Germany on Friday. [NEWS1]

Lee June-hyoung has earned a spot at the 2018 PyeongChang Winter Olympics by finishing fifth out of 26 male figure skaters on Thursday at the 2017 ISU Nebelhorn Trophy in Oberstdorf, Germany. 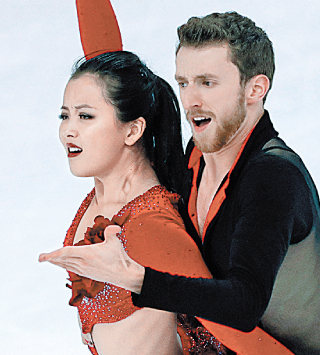 Min Yu-ra, left, and Alexander Gamelin during the short dance program at the Nebelhorn Trophy at Oberstdorf, Germany, on Thursday. [AP/YONHAP]

In addition to Lee’s personal best score in the short program, he exceeded his overall best of 203.92, set at the 2014 Junior Grand Prix.

Lee also became the first Korean figure skater to win an Olympic spot for Korea through the Nebelhorn Trophy.

Lee is not yet guaranteed his spot, as Korea will have two more qualification rounds, in December and January. But since Lee already won the first Olympic trial event, the Figure Skating Korea Challenge, in July, he is favored to represent Korea.

“Since I have two months remaining until the Olympic trial, I will be focusing on the quadruple flip,” Lee was quoted as saying by Yonhap. “Since I earned Korea’s spot to the PyeongChang Winter Olympics, I personally want to be the one to represent Korea in PyeongChang.”

Jorik Hendrickx of Belgium won the event with a total of 253.06 points.

Following Lee, the Korean ice dance tandem, Min Yu-ra and Alexander Gamelin, who was granted Korean citizenship through special naturalization in July, also secured a spot for the host country at the Winter Olympics on Saturday.

The duo scored a total of 143.80 points to finish fourth out of 18 teams at the Nebelhorn Trophy.

This was the last ISU event to give out Olympic qualification. Though only five spots were available, an additional spot was given, as Denmark gave up its qualification to the Olympics.

Despite the success in men’s and in ice dance, Kim Su-yeon and Kim Hyung-tae failed to earn spots to the Olympics, finishing second to last out of 16 teams with a total of 129 points.

With the two tickets earned by Choi Da-bin in women’s figure skating, after she finished 10th at the World Championship in March, Korea now has a total of four teams expected to participate at the Games in figure skating.