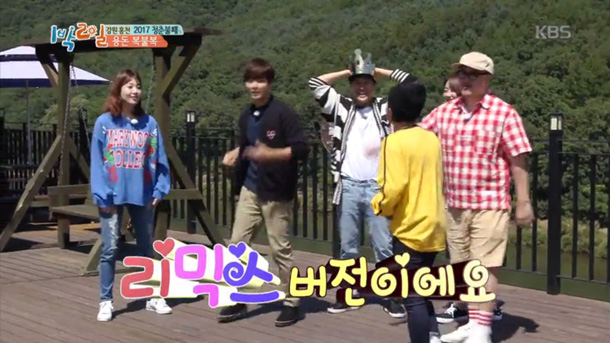 Eager fans of the KBS reality television programs “2 Days 1 Night” and “The Return of Superman” got what they wished for Sunday evening when new episodes finally aired after a two-week hiatus from a producers’ strike.

The broadcaster’s labor union said the episodes were recorded before the strike began on Sept. 4, and the editing was done by higher-level executives who were not participating in the strike.

Despite the brief return, it is uncertain whether KBS will be able to continue airing new episodes of the popular shows this coming Sunday.

Union members at KBS and MBC have been on strike since early last month over unfair labor practices and alleged interference by the management in the broadcasters’ news coverage.

MBC has not been able to air any new episodes, instead playing reruns of its popular Sunday shows like “King of Mask Singer” and “Wizard of Nowhere.”