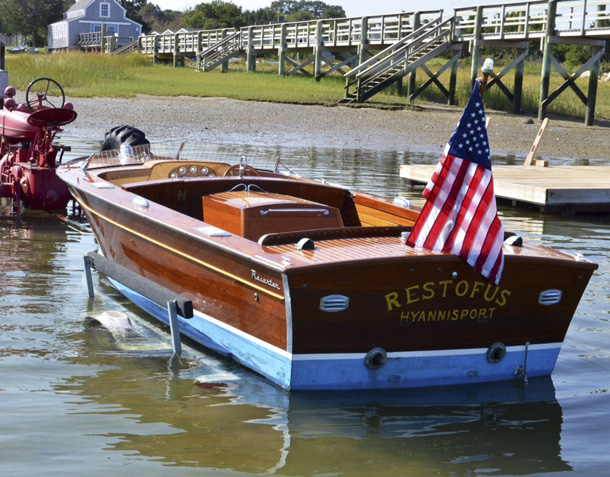 The sale at Guernsey’s included a wide array of Camelot-era lots, including documents, photos, stationery and even inscribed sterling silver baby toothbrushes.

A rocking chair that Kennedy used in the White House, specially made for him because of a back injury, sold for $30,000. A second rocking chair used by both Kennedy and Lyndon B. Johnson, who served after Kennedy was assassinated in 1963, sold for $10,000.

Among the more romantic items was the 17-foot (5-meter) speedboat, a 1961 Century Resorter. Kennedy used the vessel at his home in Hyannis, Massachusetts.

The nautical history starts with family patriarch Joseph P. Kennedy Sr., who had a boat named “Tenovus,” a reference to the number of Kennedy family members at the time: “ten of us.”

Later, when he won the speedboat in a church raffle, it got the name “Restofus,” a nod to the “rest of us” in the expanding family. That became JFK’s personal boat. After the 35th U.S. president died, the boat went to his brother, Edward M. Kennedy, and then to other owners.

The core of the sale came from the collections of Henry Hirschy, who was a Navy aide in the White House during the Kennedy administration; Mary Gallagher, who was Jacqueline Kennedy’s personal secretary, and Powers.

In one of the landmark episodes of the Cold War, Powers was captured in the Soviet Union after his spy plane was shot down in 1960.

The United States initially tried to cover it up, inventing a story about a NASA weather plane going off course, and was embarrassed when the Soviets produced Powers alive.