Working out the fine details

Working out the fine details 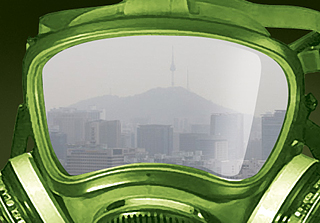 The government announced a comprehensive plan concerning fine dust on Sept. 26 and pledged to reduce fine dust by 30 percent by 2022. The task is expected to require 17 trillion won ($14.8 billion) in the next five years.

This amount includes 7.2 trillion won from the government budget and 2 trillion won in local taxes. This will be spent on renewable energy like wind and solar power and the distribution of environmentally friendly vehicles such as electric cars.

Also, the funding will be used on the early scrapping of old diesel cars that produce pollution, building indoor sports facilities in schools and distributing air purifiers and pollution detectors.

The private sector and companies also need to contribute 8 trillion won. It will cost 1 trillion won to switch fuels used in our four coal-powered thermal plants to liquid natural gas.

Whether it comes from the government budget or the private sector, 17 trillion won will come from the citizens, with each citizen paying 340,000 won.

Leem Jong-han, professor of occupational and environmental medicine at Inha University, estimates that if air pollution prevention is not implemented, there will be 20,000 premature deaths in the capital region in 2024, resulting in 12.33 trillion won in social costs annually. If this is applied to the national level — which has twice the population — for five years, the cost of air pollution would be 123 trillion won. By cutting emissions by 30 percent, the cost can be reduced by 37 trillion won.

The problem is fine dust from China, which makes up almost half the pollutants. If China does not reduce its pollutants, the benefit could be cut in half, to 18.5 trillion won.

Of course, the government emphasizes that fine dust will be a topic at the Korea-China summit, but seeing China reduce emissions by 30 percent won’t be easy.

The fundamental point is whether the government plan is reasonable enough to convince the citizens and companies to pay the burden.

Some experts say that specific plans could be improved. Secondary fine dust reacts and combines in the air, making up 72 percent of pollutants, but the government plan does not clearly address this issue.

In order to encourage more active participation of citizens and companies, reasonable measures should be prepared. A joint committee of civilian experts and the government needs to be installed.

*The author is an environmental news reporter and editorial writer of the JoongAng Ilbo.