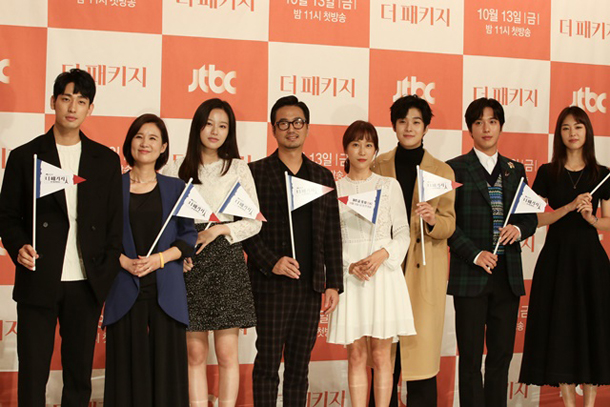 Following the trend of television shows sending their casts on trips to locales near and far, the upcoming JTBC drama “The Package” will follow the story of travelers on a holiday package tour in Paris. The show, starring actors Lee Yeon-hee, Jung Yong-hwa and Choi Woo-shik, premiered last Saturday.

At a press conference held in western Seoul on Wednesday, Lee said, “Recently, travel has become a more important way for people to spend their time. ‘The Package’ is perfect for those who have just come back from a journey or for those planning to go abroad.”

Jung said, “Although this drama is centered around a packaged tour, the stories that each character tells can appeal to people of all age groups.”

Scriptwriter Chun Sung-il and producer Jeon Chang-geun are the brains behind the drama. Chun is well known for KBS drama “The Slave Hunters” (2010) and the 2014 film “The Pirates.”