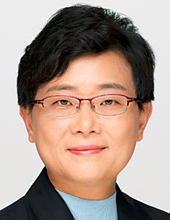 Lim previously held the position of chief operating officer and chief financial officer. She first entered the retail industry in 1998 working for Costco; Buy the Way, a convenience store chain that was later acquired by 7-Eleven; and Australia’s Exego Group.

Homeplus highlighted Lim’s promotion as exemplary of a corporate culture that appoints top executives regardless of gender.

Lim’s predecessor, Samuel Kim, was promoted to vice chairman for his contribution to turning a profit for Homeplus this year almost as soon as taking office in January 2016. Kim was one of the core members of P&G Korea when it was established in 1989 and served as regional head for the Association of Southeast Asian Nations between 2008 and 2014.

“Vice Chairman Kim will focus on establishing middle- and long-term strategies as well as seeking external partnerships, whereas CEO Lim will work on the general operations of the company,” Homeplus said in a statement.