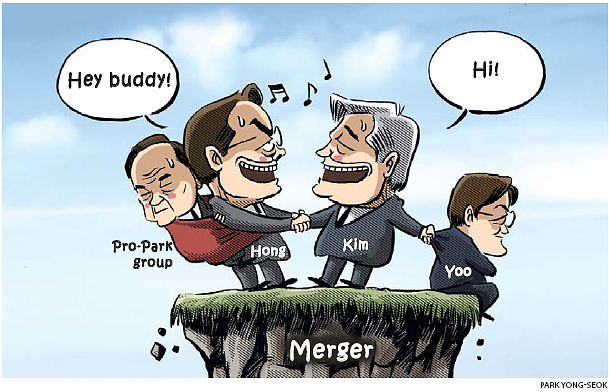 After main opposition Liberty Korea Party (LKP) leader Hong Joon-pyo proposed merging with the minor opposition Bareun Party (BP) led by Rep. Yoo Seong-min ahead of the BP’s national convention in November, Rep. Kim Moo-sung, now a BP lawmaker and former head of the LKP, welcomes it, but Yoo says he can only accept it when the pro-Park Geun-hye faction led by Suh Chung-won is removed from the LKP.