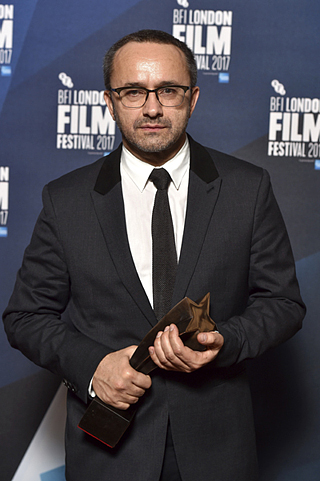 The award was Zvyagintsev’s second top trophy from the London festival. He received the best picture award in 2014 for “Leviathan,” a tragic satire of small-town corruption that brought the director criticism from Russian officials.

“Loveless” is also an indictment of social flaws, with resonance well beyond Russia. Festival director Clare Stewart said the film’s depiction of parents so consumed with their lives they don’t realize their son is missing “is such a powerful metaphor for what is happening with many children around the world.”

Stewart said “Loveless” asks audiences, “Are we caring for our future?”

The festival’s prizes were awarded during a ceremony at London’s 17th-century Banqueting House. South African director John Trengove won the first feature trophy for “The Wound,” a drama about masculinity and sexuality set against the backdrop of a Xhosa initiation ritual.

The documentary prize went to Lucy Cohen’s “Kingdom of Us,” a portrait of a family trying to recover after a suicide.

The 12-day festival ended on Sunday with Martin McDonagh’s “Three Billboards Outside Ebbing, Missouri,” a small-town tragicomedy starring Frances McDormand and Woody Harrelson that is being tipped as an Oscar contender next year.