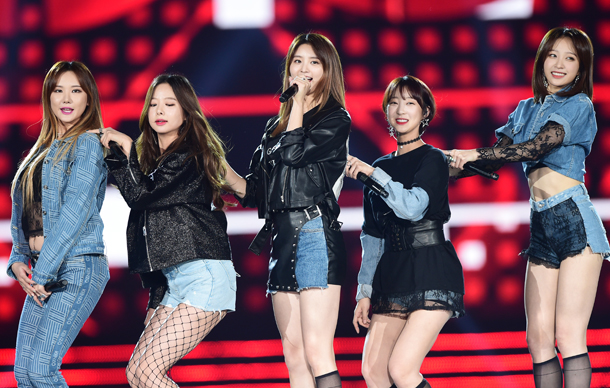 Girl group EXID plans to drop a new EP a next month, the band’s agency announced on Tuesday.

The group will release its fourth EP record, called “Full Moon,” on Nov. 7, its agency Banana Culture Entertainment said in its release. The EP will be EXID’s first collection of songs since April’s “Eclipse.”

The company said lead singer Solji, who was absent from promotions for “Eclipse” due to health problems, has participated in the recording of the new album.

But whether she will join the group’s upcoming publicity for “Full Moon” has yet to be decided.

Solji has excused herself from the group’s media work since “Eclipse” after being diagnosed with hyperthyroidism in December 2016. She is currently in treatment, according to the company.