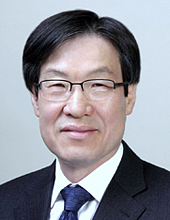 The World Steel Organization has named Korean steelmaker Posco’s CEO Kwon Oh-joon as its vice chairman amid several pending issues in the industry as a whole, the company said Wednesday.

Under the three-year term ending in October 2020, Kwon will serve as vice chairman of the global steel body this year, as chairman next year and again as vice chairman the following year, Posco said in a statement.

Posco, the world’s fifth-biggest steelmaker by output, expects to have a say in issues, such as supply and demand of raw materials like iron ore and coking coal, environmental issues and sustainable growth.