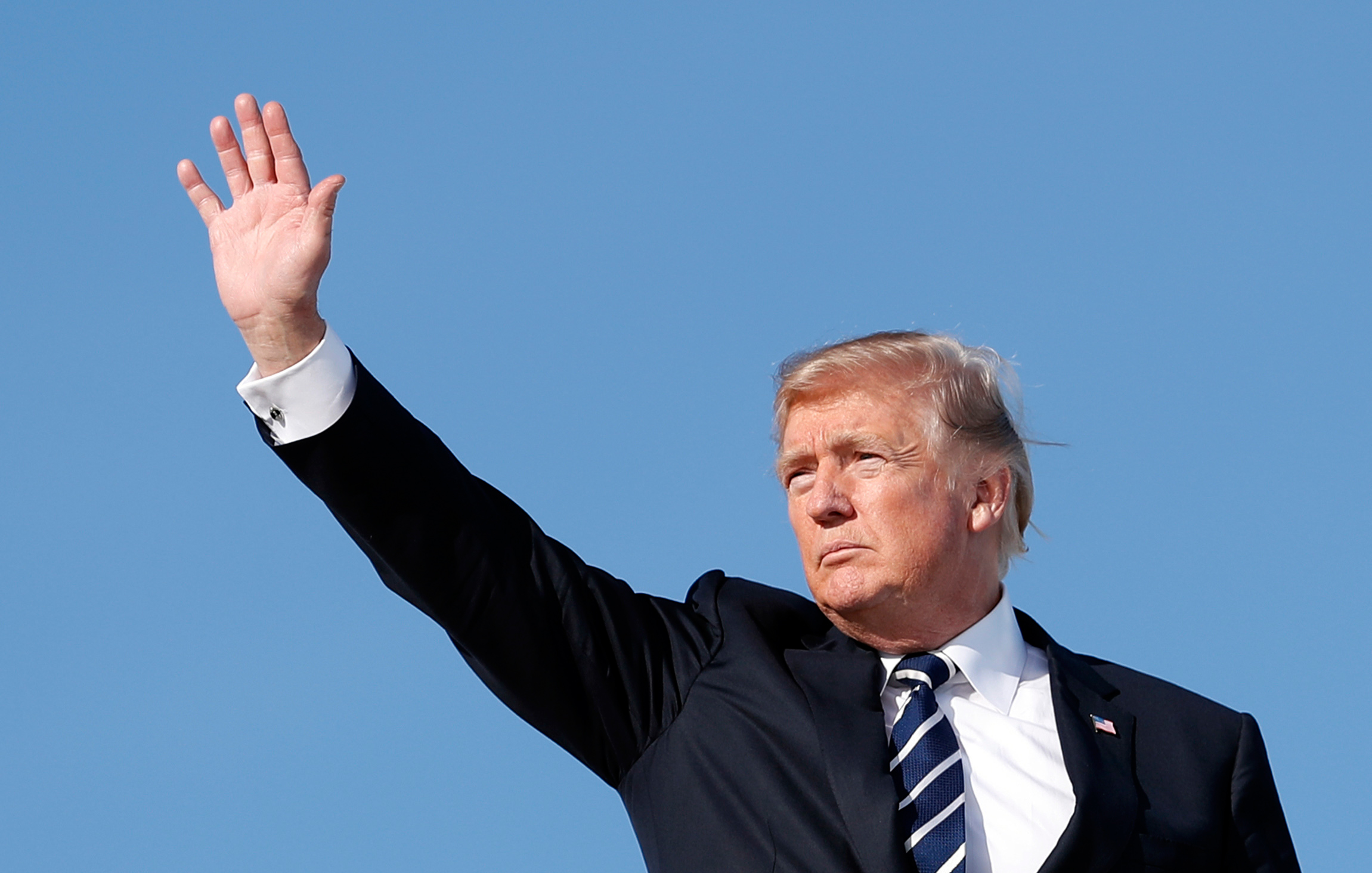 President Donald Trump touted U.S. capabilities in dealing with North Korea during a recent interview with Fox News, boasting that his country was “prepared for anything.”

“We’ll see what happens,” Trump told host Maria Bartiromo on “Sunday Morning Futures.” “We are so prepared like you wouldn’t believe.”

Trump didn’t go into the specifics but told Bartiromo she “would be shocked to see how totally prepared we are if we need to be,” adding, “Would it be nice to do that? The answer is yes. Will that happen? Who knows, who knows, Maria.”

Trump underscored Beijing’s role in the North Korea crisis, saying the country had the “power to do something very significant.”

Regardless of Chinese President Xi Jinping’s actions, Trump said the U.S. was prepared for anything when it comes to dealing with the North.

The president, who last month alluded to cutting off trade with China for doing business with North Korea, steered away from that theme and praised Beijing’s actions during the Fox News interview, saying China has been “helping” the United States.

“They’re closing off their banking systems to North Korea. They have cut the oil way down. Now, the banking systems we can see, because they all come through [the United States] as you know.”

He and Xi have an “exceptional relationship,” Trump said.

Trump’s interview came as his defense secretary Jim Mattis was preparing for a trilateral meeting with his South Korean and Japanese counterparts in the Philippines Monday on the sidelines of the two-day Asean Defense Ministers’ Meeting-Plus (ADMM-Plus).

Mattis, South Korea’s Defense Minister Song Young-moo and Japan’s Defense Minister Isunori Onodera were planning to discuss a joint countermeasure against North Korean missile and nuclear threats, as well as draft a stern warning to the regime not to raise regional tensions, according to South Korean military officials with knowledge of the meeting.

While Song is scheduled to meet with Onodera in a separate bilateral meeting, he won’t do so with Mattis because the American defense secretary will visit South Korea later this week for the annual Security Consultative Meeting (SCM).

The Pentagon said in a statement Sunday that Mattis will drop by South Korea to co-chair the 49th SCM with Song.

His arrival date wasn’t disclosed, but the SCM is slated for Saturday.

Knapper said the Trump administration was seeking a “peaceful” denuclearization of the Korean Peninsula through “maximum diplomatic, political and economic pressure” on the North through cooperation between the allies and Tokyo.

On the upcoming visits of Mattis and Joseph Dunford, U.S chairman of the Joint Chiefs of Staff, Yonhap quoted Knapper as saying that the American officials will send out messages on the “strength and enduring vitality” of the U.S.-ROK alliance.

“We see this alliance as a linchpin of U.S. foreign policy and security policy in the Asia-Pacific region and our commitment to this alliance remains ironclad,” said Knapper. “This is the message as well when President Trump comes to visit.”