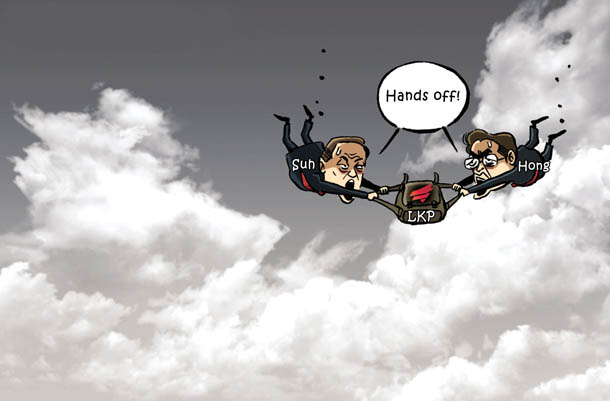 After returning from an overseas trip, opposition Liberty Korea Party (LKP) Chairman Hong Joon-pyo and pro-Park Geun-hye faction leader Suh Chung-won are beefing up their fight over the control of the embattled party. After Suh said he had evidence that Hong asked him to help arrange a false testimony at Hong’s upcoming trial at the Supreme Court, Hong rebutted it, saying, “Show me the evidence.”