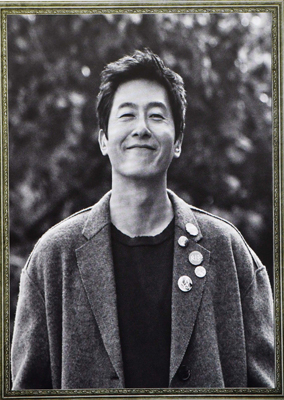 Celebrities continue to pay condolences after the sudden death of actor Kim Joo-hyuk, who died in a car crash on Oct. 30.

As soon as the late actor’s funeral ceremony opened its doors at the Asan Medical Center in Songpa district, southern Seoul, many of his colleagues including veteran actors like Choi Min-sik, Song Kang-ho as well as those who appeared in movies with Kim such as Hyun Bin and Im Yoon-ah, were spotted.

Kim’s close friend, actor Cha Tae-hyun, who appeared on the reality program “2 Days & 1 Night” with Kim, is said to have stayed at the funeral home to greet visitors right after attending Song Hye-kyo and Song Jung-ki’s wedding ceremony on Tuesday. The funeral was also open to the public starting Wednesday.

Meanwhile, a number of movie promotional events, such as the press preview for “A Special Lady” and a showcase for “The Swindlers,” scheduled to take place Wednesday, were cancelled so that Kim’s colleagues could have time to mourn their friend.

At many public events, many actors expressed sympathy in their own way.

During the annual SACF Artist of the Year Awards, which took place Tuesday evening, actors Yoo Hae-jin and Cha In-pyo expressed sympathies while receiving their awards.

His coffin will be borne out today and Kim will be buried at his family cemetery in Seosan, South Chungcheong.