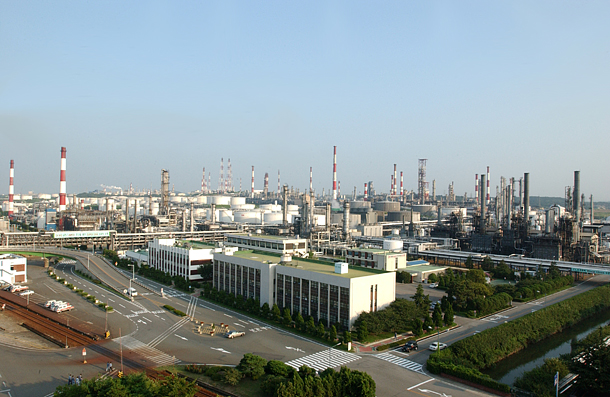 “SK Energy, the subsidiary of SK Innovation, held a board of directors meeting on Oct. 31 and decided to invest 1 trillion won in SK’s Ulsan complex,” the company said in a press release Wednesday. “[The company decided] to newly construct a vacuum residue desulfurization facility that is capable of producing 40,000 barrels [of oil] per day.”

Desulfurization refers to a process in which refiners limit the sulfur content in the oil they produce. Generally, petrochemical products with less sulfur are considered more eco-friendly.

The decision made by the board of directors is consistent with a new regulation set to take effect in January 2020 that lowers the limit of sulfur that ships can emit from 3.5 percent to 0.5 percent. The regulation was passed last year by the International Maritime Organization, an agency under the United Nations responsible for overseeing international shipping and maritime pollution.

“We will be able to respond more flexibly to the market dynamics of low-sulfur fuel for ships,” the company said, “which is expected to experience an increase in price due to a shortage of supply.

The company added, “As the price and demand for asphalt and fuel with high-sulfur content are falling due to stricter environmental regulations in the global market, we expect the construction of a desulfurization facility will help the company diversify.”

The decision to spend 1 trillion won on the facility in Ulsan is part of SK Innovation’s plan to commit 3 trillion won through the end of the year to diversify its product portfolio.

The company has already spent about 400 billion won earlier this year to acquire the ethylene acrylic acid business of Dow Chemical, the largest petrochemical company in the United States.

SK Innovation also bought Dow’s polyvinylidene chloride business, though it did not disclose how much it spent because the value was below 98 billion won, the threshold for reporting a company’s transaction.

During the meeting, the board of directors also decided to adopt an electronic voting system for shareholders. The system lets shareholders cast a vote without having to attend the physical meeting, the company said.

SK Innovation will begin using the system at next year’s shareholders meeting.