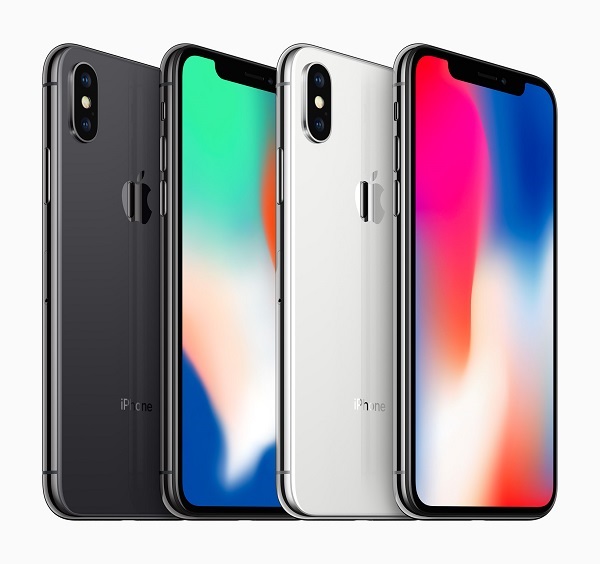 The iPhone X, the highly anticipated 10th anniversary phone from Apple, will be sold at 1.42 million won ($1,272.4) in Korea, a hefty markup compared to the price in the United States.

According to Apple Korea on Wednesday, the 5.8-inch phone’s price is set at 1.42 million won for a standard 64-gigabyte model and 1.63 million won for a 256GB model. The price exceeds estimates by industry analysts that predicted that the priciest model would cost no more than 1.5 million won.

The iPhone 8 has a similar markup here as well. While the phone costs $699 in the United States, it will cost 990,000 won when it goes on sale in Korea later this week.

The phone, which includes a host of features including facial recognition and an OLED display, will officially go on sale in over 55 countries including the United States, Canada, China and Japan on Friday. However, Korea wasn’t included in the launch.

In Korea, the launch date of iPhone X has not yet been set.
Still, Apple fans in Korea seem to be waiting for the pricey phone to arrive.

“Though it has a hefty price tag, there are people in local online communities that are already preparing to sell their existing phones to buy an iPhone X,” a source from the mobile industry said. “Preorders of the iPhone 8 have been slow largely due to interest in the next generation phone soon to hit the country.”