Chinese media may be charged for drone use

Chinese media may be charged for drone use 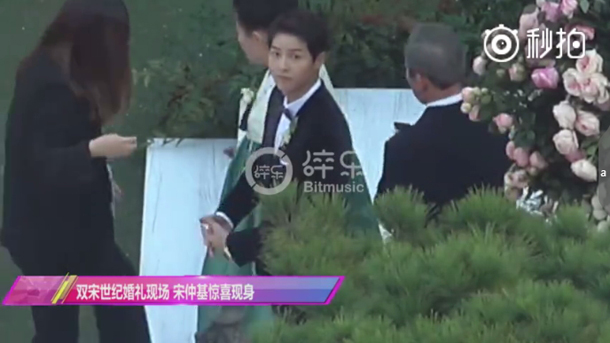 Several Chinese media outlets that illegally flew drones to film and livestream Korea’s top celebrity couple Song Hye-kyo and Song Joong-ki’s wedding ceremony on Oct. 31, may be charged by police for violating the country’s Aviation and Security Act as well as the stars’ portrait rights for sharing their image without permission.

At the ceremony, which was held inside the inner courtyard of Yeong Bin Gwan, a building separate from the Shilla Hotel in central Seoul, two to three drones were seen flying over the courtyard. The drones filmed the event, which was closed to the public, and streamed it live on several sites including Weibo, which is one of the most popular social media networks in China.

Under Article 129 of Aviation Safety and Security Act, most regions in Seoul strictly prohibit flying any unidentified objects including drones. Those who violate the law will be fined up to 2 million won ($1,795). According to the Capital Defense Command, since the Shilla Hotel is located within a 3.8 kilometer (2.3 mile) radius from the Blue House, which is known as the “Level A” zone, the charges are considered to be a serious offense.

The groom’s agency, Blossom Entertainment, said that it never gave permission to livestream the wedding as the couple wanted to make it “private.”

However, the couple, who are currently enjoying their honeymoon in Europe, have not pressed any charges yet.

One Chinese media outlet, ifeng, which livestreamed the ceremony on Weibo and received billions of views, is said to have offered 15 billion won for permission to shoot the wedding ceremony to the couple’s agency but was rejected and decided to fly the drones illegally instead.