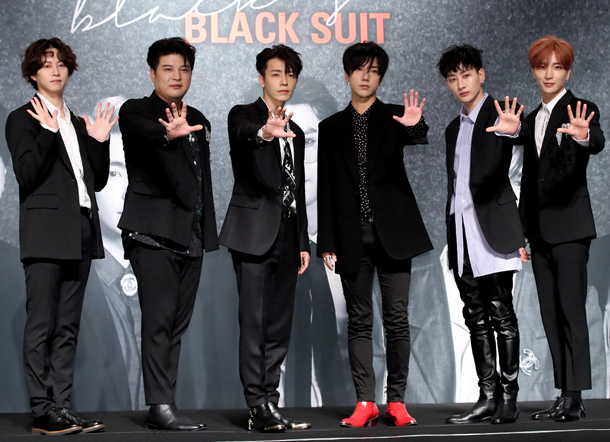 Boy band Super Junior held a press conference on Monday to introduce the group’s eighth album, “Play,” and it could not avoid the elephant in the room - that five of the group’s members were missing from the event.

Two members of the S.M. Entertainment supergroup, Kyuhyun and Ryeowook, are currently serving in the military, while two others, Kangin and Sungmin, are on hiatus for personal reasons. Finally, Siwon, who was embroiled in controversy last month after his French bulldog bit a woman who later died from complications after the incident, has decided to step away from promoting the upcoming album.

Leader of the group, Lee Teuk said, “We’re all sad that Siwon couldn’t join us. Although the situation isn’t good, we will try our best to create a cheerful and witty atmosphere while promoting the album.”

“Play” was released on Nov. 6, the group’s 12th anniversary. On Dec. 16 and 17, the group will hold its “Super Show7” at Jamsil Gymnasium in southern Seoul.