The victims that the West ignores

The victims that the West ignores 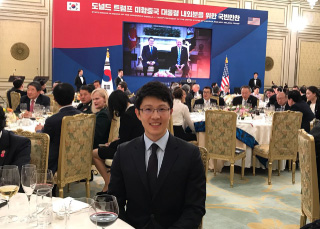 A North Korean defector who was once a beggar in the country was invited to the state dinner at the Blue House on Tuesday to welcome U.S. President Donald Trump. [YONHAP]

President Trump has hardened his attitude toward China and placed sanctions on a Chinese bank for laundering North Korean cash. That is to be welcomed, but I want to draw attention to thousands of completely ignored victims of both North Korea and China. They are the thousands of women who have escaped North Korean hell only to find themselves, and their children, the victims of unspeakable abuse in China.

The United States, European Union and indeed the entire world should demand that the Chinese government recognize these women and children as refugees and not illegal immigrants. It should be helping prevent them from getting deported back to North Korea. It should also crack down on the human traffickers who prey on them. I currently have asylum in the United Kingdom, but I, too, was one of these women.

I read every column written about North Korea. I follow the diplomatic rows, the posturing and the missile launching, and often, I cannot sleep at night because I am frightened of what will happen to my family and friends who live there. I was born in the city of Chongjin, close to the Chinese border, and unlike most of those who write about North Korea, I have experienced the realities of life under the Kims. I have also lived through the horror of being a North Korean woman in China.

When famine ravaged my country in the 1990s, I was a schoolteacher. I watched my students weaken every day. It was my duty to visit their homes if they did not come to school. Many images of the time still haunt me. Seared into my mind is the scene of an entire family who starved to death after one last meager meal of gruel. Another is that of the body of one of my favorite pupils, who wanted to be a doctor, lying dead in the dirt of the marketplace. Famine ravaged my family, too. I watched both my uncle and father starve to death.

In 1998, fearful that I, too, would die, I fled only to find myself sold into slavery in China. The horrors faced by North Korean women when they cross the border into what they imagine will be safety is ignored, and Western governments are not keen to highlight the abuses that these women suffer because they do not want this aspect of the North Korean problem to complicate their relations with China. According to my research, 80 percent of North Korean women who escape become victims of human trafficking, just as I was.

I was sold to a drunken farmer and gambling addict. He treated me like a slave, worked me day and night, abused me and did as he pleased with my body. There was nobody to whom I could appeal for help because if Chinese authorities discovered me, they would have sent me back to North Korea.

Just when I thought I could endure no more, I discovered that I was pregnant. The baby gave me hope to keep on living, but when my son was born, he was deemed stateless by the Chinese government simply because I was North Korean.

Only the children of North Korean women are treated this way. As a result, I could not take him to the hospital even though he was weak and sick, and he could not go to school. There are 20,000 children like him in China in dire need of help, but no one fights for their corner. Why?

In 2004, I was arrested by the Chinese police, and with no compassion, they sent me home. I spent six months in a labor camp where I almost died from an infection in my leg. Then the authorities threw me out onto the streets to beg because they did not like prisoners to die and turn up in official statistics.

I survived, but I was desperate to see my son. I was left with no choice but to find a broker who could sell me back into slavery in China so that I could find him. I was lucky. When I arrived in China, the broker took pity on me and helped me find my son. But I was forced back into life with my abusive “husband” who had brought me.

Eventually, after years of desperation and fear, we made it to the United Kingdom, and, at the age of 9, my son was finally able to see a doctor and go to school. I urge Western leaders to help those who are not as lucky as my son and I.

*The author is an outreach and projects officer at Connect in North Korea, a U.K.-based Pan-European organization that works with North Korean diaspora communities. She is also co-director of Stepping Stones.