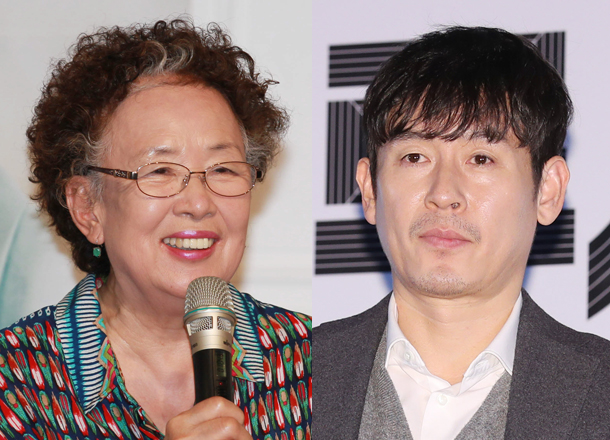 Hosted by actor Seo Kang-jun and actress Lee Sun-bin, the 37th edition of the film awards took place at the Press Center in downtown Seoul at 6:30 p.m.

Other winners at the event included Na Muni, pictured left, who won the Best Actress award for her role in heartwarming drama “I Can Speak” and Seol Kyung-gu, pictured right, who nabbed the Best Actor award for his role in crime action movie “The Merciless,” which headed to the prestigious Cannes Film Festival in May to be screened under Midnight Screening section. Actress Jeon Hye-jin was honored with the Best Supporting Actress award for her role in the same movie while Yoo Hai-jin received the Best Supporting Actor award for his character in the period epic “A Taxi Driver,” which has sold more than ten million tickets.

The Best Rookie Director award was handed to Kang Yun-seong, the director of action flick “The Outlaws,” which has become the third best-selling R-rated film in Korean history and is on its way to surpass 2015’s “Inside Men.”