Kristen Stewart has wanted to direct for years

Kristen Stewart has wanted to direct for years 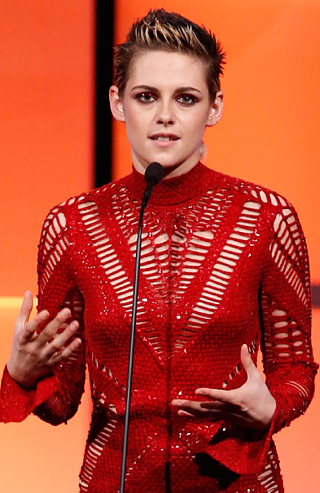 NEW YORK - Kristen Stewart’s directing ambitions go all the way back to when she was an 11-year-old performing in the 2002 David Fincher thriller “Panic Room.”

“I was working with Jodie Foster and I was like, ‘I’m going to direct. I’m going to be the youngest director that exists,’” Stewart recalled in an interview. When she, years later, told Foster she was finally making something, Stewart said, “She was like, ‘Dude, the first thing you’re going to realize is that you have nothing to learn.’”

It took longer than Stewart expected, but she has now made a short film titled “Come Swim.” Following premieres at the Sundance Film Festival and the Cannes Film Festival, “Come Swim” debuted Friday on the women’s entertainment and lifestyle website Refinery29.

The film announces Stewart’s filmmaking ambitions and opens a new chapter in the fast-moving career of the 27-year-old actress. Stewart is already developing several other projects, including a script she’s writing that’s an adaptation of a memoir (Stewart declined to say whose). She’s taking two months off acting to write it, and she also hopes to turn “Come Swim” into a feature-length film.

“It’s my first step into something I’ve wanted to for a really long time,” said Stewart.

Stewart spoke in a pair of interviews - one on a balcony in Cannes in May, the other by phone on Thursday.

As to the recent sexual harassment scandals that have swamped Hollywood, Stewart pointed to her speech last month at Elle’s Women in Hollywood event, where she spoke about the less-noticed harassment of below-the-line crew members. Stewart declined to add to those comments Thursday but acknowledged the industry’s gender imbalances behind the camera have been on her mind.

“I’m so fortunate to be able to have made this movie because it’s obviously tougher for women to be heard,” said Stewart. “I’m obviously deeply proud of anyone who’s able to express themselves freely and it’s awesome that we’re living in a time where they can.”

“Come Swim” isn’t your standard actor-made directorial debut. It’s an 18-minute metaphorical rendering of a feeling, of the overwhelming oppression of heartbreak and grief. A man is submerged, literally, by water everywhere. Stewart says the film is about “aggrandized pain” and that its imagery has haunted her for four years. AP