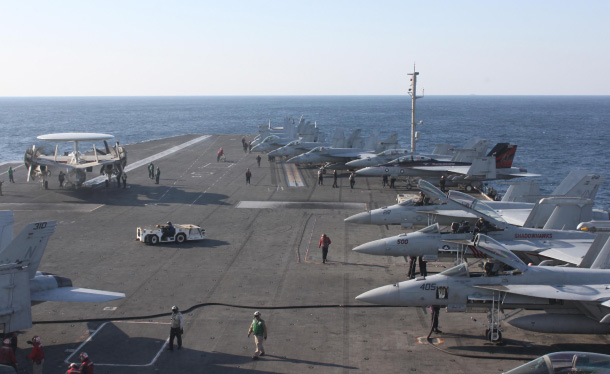 The Reagan, the flagship of the 7th Fleet’s Carrier Strike Group 5, invited Korean reporters on the ship on Tuesday while the aircraft carrier and two other supercarriers - the USS Nimitz and the USS Theodore Roosevelt - conduct a combined exercise in the Korea Theater of Operations. The Reagan was also joined by South Korea’s naval ships. [YONHAP]