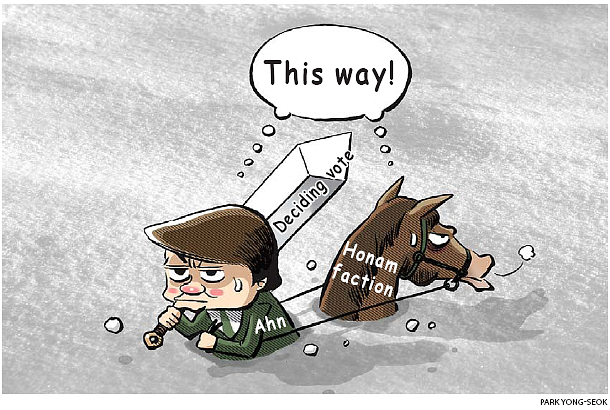 On Monday, marking his first 100 days as head of the minor opposition People’s Party, Ahn Cheol-soo praised the party for its role in casting the “deciding vote” that would allow the government’s New Year’s budget to pass today. But the rivalry between his followers and the remaining Honam faction remains.