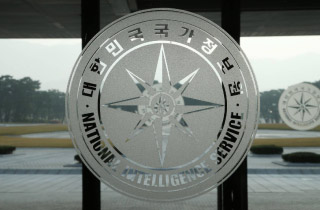 Since President Moon Jae-in began his term in May, more than 30 senior officials in the National Intelligence Service have been fired. [PARK SANG-WOOK]

Sometimes, untruths are circulated as truth. One untruth involves that of the “soulless public servant.” It is generally understood that German sociologist Max Weber condemned the ills of bureaucracy and derided bureaucrats as having no backbone and following the demands of power unconditionally.

But that is not true, and Weber did not say that. He actually argued that public servants needed to follow the orders of their superiors. In a 1918 paper, he wrote, “The honor of the civil servant is vested in his ability to execute conscientiously the order of the superior authorities, exactly as if the order agreed with his own conviction. This holds even if the order appears wrong to him and if, despite the civil servant’s remonstrances, the authority insists on the order.”

Weber was paying attention to an important aspect of public service: the security of civil servants to work with conviction without worrying about being fired by any government. But the current administration is ignoring this principle.

In June, four director-level prosecutors were demoted. In August, more than 30 National Intelligence Service officials in grade one, the top level of public service, were replaced. In October, several grade-one officials who had served key positions in the past did not get high positions in the Ministry of Foreign Affairs. Six out of nine grade-one officials in the Ministry of Industry, Trade and Energy resigned. The reason why they were driven out was because they had served in key posts and faithfully worked for the previous administration.

This is not the first time government positions have been reshuffled. Under Lee Myung-bak and Park Geun-hye, countless officials who served major positions in the previous administration were forced to leave. And the purging of civil servants during a power transition is not unique to Korea. In the United States, it has gotten especially serious even with the Lloyd-La Follette Act protecting civil servants from unwanted removal without just cause. Korea’s State Public Officials Act is meant to do the same thing.

However, all policies have their flaws. The guaranteed status only gave incompetent and lazy civil servants a stable occupation. In the end, the system was changed so that high-level grade-one officials were excluded from positions where status was guaranteed. Civil servants who were recently removed were all grade-one. It is not illegal to remove them from their positions.

But is it fair to remove them because grade-one positions are not protected by the law? The purpose of excluding them from guaranteed positions is to weed out incompetent and lazy officials, not to reshuffle officials who served key positions in a past administration. Citizens may suffer when high-level officials are so easily replaced. Capable officials may be lost, and they could remain silent, leading to waste and inefficiency. Who will speak up for their opinions if they can be fired at any time?

In June, the government changed the national academic assessment test so that a sample group would take it instead of all students. There should have been ample time given for a testing regiment to change, but this one occurred six days before the test. Hundreds of thousands of test papers were scrapped, but no one in the Ministry of Education opposed it.