On ‘With Seoul,’ BTS praises the capital city

On ‘With Seoul,’ BTS praises the capital city 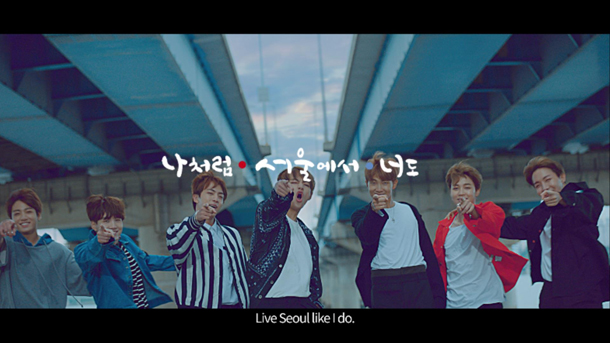 K-pop sensation BTS released “With Seoul,” a song to promote the capital city on Wednesday. The track was uploaded on the city’s tourist information website (www.visitseoul.net) and is available for anyone to download for free. A music video for the song will be uploaded to the city’s official YouTube page next Wednesday.

The city’s honorary ambassadors sing about the warmth and beauty of the city in the song. The melody features the sounds of gugak, Korean traditional music, and an orchestra. The lyrics illustrate the message that Seoul is a warm, friendly and joyful city.