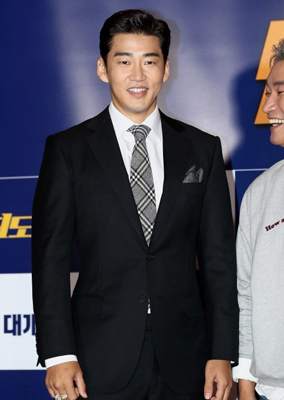 Actor Yoon Kye-sang reported to police an internet user who has been spreading a rumor that the actor evaded taxes, according to Mapo District police on Tuesday evening. The person alleged that Yoon didn’t pay income tax for virtually appearing in a bed maker’s advertisement.

According to a press release by Yoon’s agency, Saram Entertainment, the person who spread the rumor is “someone who has been involved in several civil and criminal lawsuits with the bed maker.” The actor bought a bed on discount from the company on the condition that the bed maker was allowed to upload a picture of the actor buying the product on the company’s social media accounts.

The bed maker, however, used the actor’s picture in other places to advertise their products, which was not part of the deal, Saram said. Then, the agency demanded the bed maker remove the pictures. But after consulting a lawyer, the agency realized that Yoon’s appearance, from a legal standpoint, could be regarded as part of an ad campaign and that the discount he received could be regarded as pay for appearing in the ad. So, the actor paid the income tax on the discount as well, the agency explained.

“Accordingly, the allegation that the actor evaded tax is a groundless claim based on a falsehood,” Saram said in the press release. “The actor’s honor has been severely besmirched, and we decided to sue the person for defamation. The police have begun an investigation.”