The shape of a country

The shape of a country 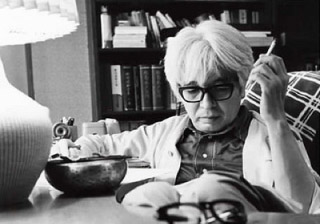 Japan is complicated. While I’ve been associated with the country since 1990, it is still hidden deep in the heart of the mountains. When asked what kind of country Japan is, I am often at a loss for words. I feel empty that I’ve been chasing the surface of systems.

The Japanese people are mysterious and especially hard to comprehend. People often have prejudices due to history and personal experiences — 100 people will have 100 different ideas on Japan.

The Japanese writer Ryotaro Shiba has a grand theory about Japan. He has written many historical novels throughout his life, and the six-volume “Shape of This Country” sums up his ideas about Japan.

I have never read another explanation that so touched my heart. The key word in Shiba’s theory of Japan is “public concern.” He found the root from warriors of the 12th- to 14th-century Kamakura shogunate. The warriors were farming at the time and had a code of ethics: “Don’t embarrass yourself.” The spirit evolved into public concern about not embarrassing the domain during the Sengoku period, the age of the warring states.

Under Edo, this public awareness spread to ordinary people. Shiba wrote, “What should I do to act beautifully and benefit the public good? The people of the late Edo period created these ideas.”

He praised the warriors of the late Edo period who led the Meiji Restoration as “human artworks.” “Meiji officials were pathetically clean,” he wrote.

Shiba concluded that public concern about improving the nation was key to modernization and postwar development. On the militarism of Japan, the author explained that the country went overboard as the military stretched to the command of the Japanese emperor.

Shiba is not a champion of public awareness. In a letter to a newspaper, he posed a fundamental hypothesis: “The country may collapse again when each Japanese person becomes a ‘solid individual’ for the new era.”

It has been 21 years since Shiba passed away. The world has changed, and so has Japan. But the idea of public concern in Japan remains. There are voices that argue self-reliance and creativity of individuals are goals for democracy and development.

As I watch from one step away, Korean society’s public awareness has been worn thin. Individuals are speaking up, and public interests have been pushed aside. In their place is ideology.

It’s been a while since I last heard a discussion about what kind of nation we want to create. It is about time we seek new governance with public awareness. Otherwise, Korea could become a frontier again.

[Editorial] Fix our military before it’s too late

[Editorial] ‘Orderly lethargy’ in the PPP