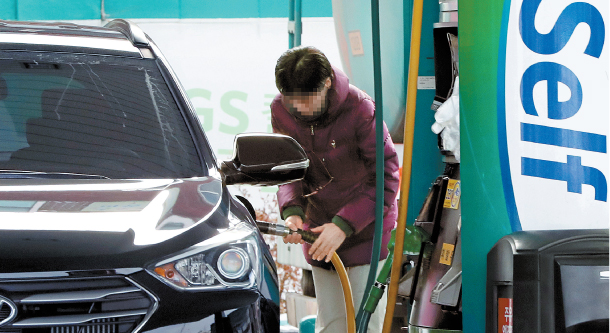 The minimum hourly wage increase from 6,470 to 7,530 won ($6.02 to $6.92), a jump of 16.4 percent, comes into effect on Jan. 1, but is an unwelcome change for most small business owners. While the Moon administration is implementing policies to offset potential damage, small businesses are automating operations and finding legal loopholes to maintain profits at current levels.

In light of the wage rise, business owners are deciding to do away with hiring new employees altogether, turning to automated services instead. This is particularly apparent at gas stations, where owners are replacing their gas pumps with self-service ones, spending up to 20 million won on each in the process.

For the station owners, however, losses from large investments on the new machines and losing customers who prefer serviced stations are negligible in the face of the extra millions of won they need to pay workers beginning from next year.

Labor-intensive businesses that need to retain a certain amount of human labor are dealing with the wage rise in other ways.

Businesses that had previously provided meals, transport and accommodation to workers free of charge are planning to scrap these complementary services once the new wage levels are introduced. Foreigners legally working in Korea, who number around one million, will be some of the most affected.

“We are receiving a lot of inquiries from workers whose bosses are telling them that food and transport expenses, which were being provided separately, will now be included in the wage,” said a member of the Korea Support Center for Foreign Workers. Foreign workers could be left financially worse off after the wage hike when all their benefits are stripped away.

The wage rise will make it increasingly tempting for employers to circumvent the law to cope with labor costs. Even today, convenience store owners hire foreign university students willing to work for less than the minimum wage since their student visa restricts possible working hours to 20 hours during the school term. Such malpractices are expected to spread next year.

To offset potential effects of the wage hike, the government has proposed several countermeasures, the most notable being the “job security fund” policy. In an attempt to dissuade employers from eradicating too many jobs, the Moon administration will offer 130,000 won to small businesses with less than 30 workers for every employee who earns below 1.9 million won.

The government has allocated 2.97 trillion won of its budget to supporting small businesses in this manner. It has also allocated 6.16 trillion won to subsidize job-seekers’ living expenses from next year, a 15.4 percent increase from 2017.

But even these countermeasures are not free from problems of their own. Already, some employers are planning to take advantage of the job security fund by laying off just enough workers to qualify for the subsidy. One CEO of a metal casting company in Gimpo, Gyeonggi, is getting ready to dismiss six out of 35 employees to be eligible for the fund. “I didn’t think I would be able to cope with the labor costs, so I chose to decrease the labor force,” he explained. “I am planning to implement automation services, and minimize the workload.”

In face of these challenges, academics have called for the reevaluation of the proposed minimum wage rise. “It is controversial for the government to supplement increased wages with tax,” said Kim Chung-ho, an economics professor at Yonsei University. “There is no logical grounds for using tax money to support private businesses just to put the new minimum wage levels into effect,” argued Hurr Hee-young, business professor at Korea Aerospace University and member of the Ministry of Employment and Labor’s Minimum Wage Commission. “That policy is in effect distributing public tax money to the private sector.”

Instead of a blanket wage hike, experts are proposing a minimum wage policy which takes the recipients’ occupation, region or age into account, as is the case in Australia, Japan, Canada, United Kingdom and France. With such a differentiated policy, workers who are valued relatively low in the job market but are willing to work for less can have an easier time finding jobs.