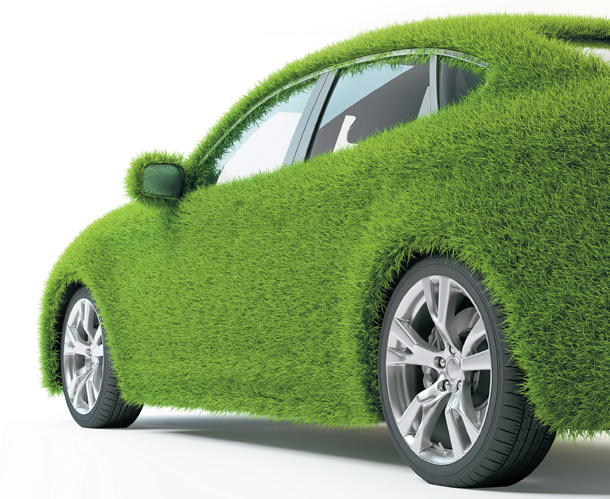 The auto industry will see a number of regulatory changes come Jan. 1, and while many of them are consumer-friendly, it’s not entirely good news for those hoping to buy a new car in 2018. 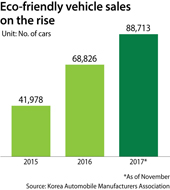 For starters, there’s price. Buyers of eco-friendly cars are going to have to pay more out of pocket. The government has reduced its subsidy for purchases of hybrid and electric cars.

In the case of hybrids, the government subsidy will be half the amount it was in 2017, falling from 1 million won ($930) to 500,000 won. The move reflects the government’s assessment that the market for hybrid cars is steady.

Sales are up and demand is rising. As of November, 88,713 eco-friendly cars, including electric and hybrids, have been sold this year, far outpacing the 68,826 sold last year, according to the Korea Automobile Manufacturers Association.

Based on past data, industry experts estimate that more than 100,000 eco-friendly cars will be sold in Korea next year, nearly 90 percent of which will be hybrids. At this rate, they estimate the government might remove the subsidy on hybrids completely in 2019.

Electric cars, which saw sales surpass 10,000 this year for the first time, will also see their subsidies fall in 2018.

The maximum subsidy per electric car in 2017 was 14 million won. That amount will shrink to 12 million won next year.

While reduced subsidies for eco-friendly cars might not be welcome news, the government also plans to bolster consumer protections in 2018.

A revised version of the motor vehicle management law, which regulates car sales, will take effect on Jan. 18. It will oblige manufacturers that have lied about their cars’ fuel efficiency to provide financial compensation for damages done to consumers.

When the revised law goes into effect, “manufacturers must take corrective measures such as change the engine or pay damages for providing incorrect information,” an official at the Korea Automobile Manufacturers Association said. “Realistically, engine replacement costs are tremendous, which means most manufacturers will opt to pay damages.”

Used car sales will become more transparent next year. Regulatory changes will require car sellers to take photos of car inspections and provide them to customers upon request. The change is aimed at preventing cases where used car dealers collude with engineers and carelessly conduct inspections, resulting in quality issues. The new regulation will take effect in November next year.

There are also regulatory changes that concern consumer health.

Washing fluid made of methanol will disappear from the market. The government has prohibited the production, sale and use of methanol-based washing fluid.

Vehicle owners often use the fluid to clean windshields, but the chemical, if ingested, can cause kidney failure and blindness. Anyone caught producing, selling or using methanol-based washing fluid can face up to seven years in prison or a fine of up to 200 million won.

The government is also taking a more draconian stance against drunken driving and road rage.

Up until this year, cars driven by drunken drivers were safely moved to their homes by police or chauffeurs.

But starting on April 25, any drivers caught driving under influence will have their cars towed.

Anyone involved in road rage that results in accidents on the road will be obligated to take safety education courses starting next year.