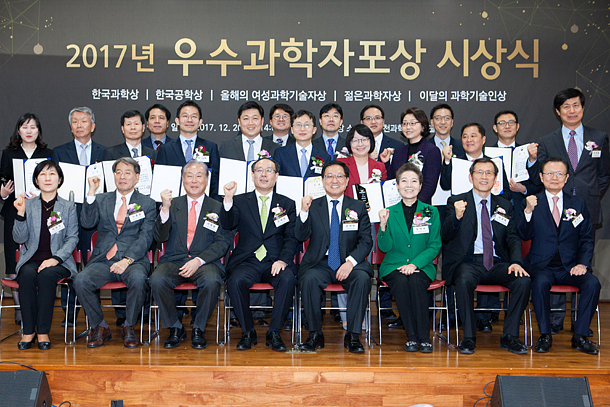 How is science different from technology? Generally, science refers to natural science such as physics, biology and mathematics while technology refers to engineering something using scientific theories. Therefore, those who study science and technology are called scientists and engineers respectively.

I wondered why only professors receive the awards. Does it mean only universities engage in research and development in Korea, where R&D investment compared to GDP is among the highest in the world? How about the researchers at companies that invest 50 trillion won ($47 billion) a year on R&D? Aren’t they scientists and engineers or did they not produce world-class results? Were the professors responsible for the development of all the semiconductor technologies, smartphones, batteries and solar cell technology?

I feigned ignorance and inquired at the ministry why only professors get the awards. “You are right to point it out. However, there haven’t been any recommendations from companies. It can be considered from 2018,” an official said. But they seemed to imply, “You don’t understand the reality.” So I asked the National Academy of Engineering of Korea, whose members include both engineering professors and researchers at companies. I was told not to ask the question.