Unchanging values for all

Unchanging values for all 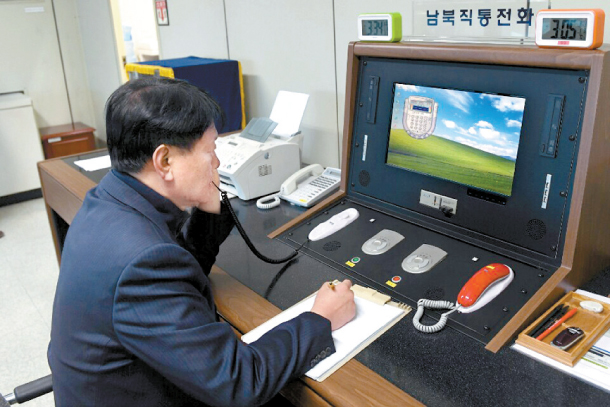 The reconnected hotline at Panmunjom between South and North Korea.

In March 1946, Ho Chi Minh, the leader of the League for the Independence of Vietnam, made an agreement with France that would bring Vietnam back under colonial rule. It stated that Vietnam would be a member of the Indochinese Federation within the French Union and defined the country’s restricted sovereignty. It was seen as a humiliating agreement with the old colonial enemy of France. The public was outraged, as people had hoped full independence would come after World War II. Some condemned Ho Chi Minh as a traitor.

However, he feared China, which ruled Vietnam for 1,000 years, more than France, which colonized the country for 100 years. He thought France’s power would be necessary to drive out the Chinese troops that were stationed in Hanoi to disarm Japanese forces. Considering international sentiment at the time, he thought that France’s renewed rule would be temporary. He apparently told advisers, “I prefer to sniff French shit for five years than to eat Chinese shit for the rest of my life.”

Ho Chi Minh advocated the motto, “Respond to everything that changes with no change.” It was his philosophy, inspired by Chinese classics, to move between rigidity and flexibility, to never compromise on national independence but also be realistic and flexible in its pursuit.

After France’s violation of the agreement, Ho Chi Minh led intense battles and drove out France in 1954, proving his principle was correct. “Respond to every change with no change” became a strategic and tactical guideline in the wars against France and the United States, and after reunification, it became the national governing philosophy when it came to opening and reform. The wisdom of change and no change was apparent as Vietnam did not confront Korea and the United States for the hostile past, but remained unchanged over the territorial dispute with China.

Recently, Blue House Chief of Staff Im Jong-seok referred to Ho Chi Minh’s famous words in a Facebook post including his New Year’s resolution. There are mixed interpretations about his comment, amid his recent UAE visit and the latest development in inter-Korean talks. It is unclear whether he meant to emphasize the value of rigidity or of flexibility.

Everything around us is changing, from North Korean nuclear threats and foreign policy, to reform efforts to root out past ills and jobs and economy. What will be the unchanging values that help solve our tangled problems? In order to avoid that unchanging principle becoming obstinacy, we must respect and embrace others and use discussion and persuasion. On divided ground filled with insults, criticism, division and scuffles, can Korean society find the unchanging value for all?